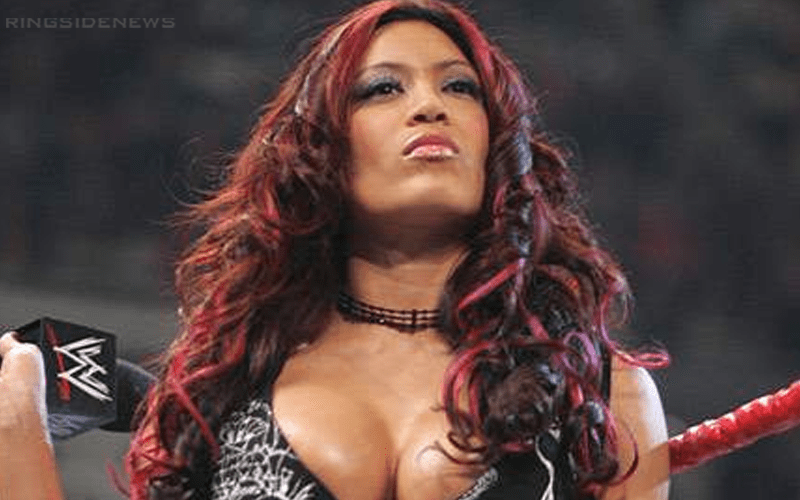 You never really know what is going on underneath the surface in someone’s life. Melina appears to be a happy person who is full of love for her friends and fans, but there is a very dark part of her life that she hasn’t spoken about much.

Melina opened up on Chasing Glory about a sexual assault she had to endure, but most of the damage actually came afterward as she dealt with the severe depression that followed. This could have ended very badly, but thankfully, someone was able to help Melina out before she ended her own life as she contemplated suicide.

“The assault and depression are two different things. What happened for me was somebody caught me before anything happened to me [suicide].”

“I hated life. When it comes to depression, when it comes to thinking about suicide it’s a series of events. It’s not something that just happens. Not just a series of events but also a series of things you tell yourself,” she said. “You think about the people around you and you tell yourself they are better off without you. A lot of times the people who care and have the biggest hearts are the ones that say ‘everybody’s lives would be better if I wasn’t here.’”

Melina said that she had “survivors guilt” after her experience. This spiraled out of control in some instances as she tried to carry on the best way she could.

“I got better and then hit another form of depression when I got raped again. Everything started falling apart. I didn’t want to leave the house. I couldn’t socialize because I kept thinking no matter what scenario I kept thinking what if something happens? I was paranoid, scared and really couldn’t trust people. I again started wanting to die. I couldn’t get up out of bed in the morning. I didn’t have my family because my family didn’t understand anything I was going through. If anything, it would make me feel bad to tell my family and then break their hearts or be a disappointment. I didn’t really have friends because sometimes when you have relationships, you push people away. I’m big on my family and friends nowadays because I never want to push my friends again.”

“I was alone, depressed and my dog saved my life. He was the reason why I got up in the morning. I would drink myself to oblivion. I would pray that maybe I’ll have a heart attack, maybe I’ll die. I’d say crazy ass things to myself in my head thinking I just wish it would all end. Because I didn’t, I was in my head telling myself I was a coward for not trying to commit suicide again. I hated my life. I would look at my dog’s face and he didn’t understand what was going on. He’d just get closer and closer and look at me with concern. Then I’d look at that little face and I’d say ‘I don’t deserve you.’”

Our thoughts are with anyone dealing with something similar to what Melina experienced. Hopefully, her story can provide some amount of comfort for those who might be suffering from the same kind of tragic circumstances.