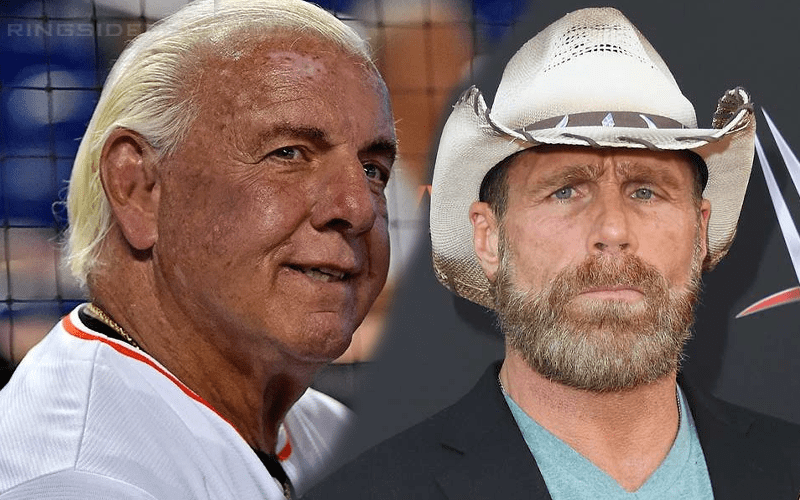 Ric Flair made a lot of people wonder what was going on between himself and Shawn Michaels when The Nature Boy ripped an online promo on HBK out of nowhere.

Dave Meltzer mentioned on Wrestling Observer Radio that Ric Flair had a lot of celebrities reach out to him during his most recent health issue and Shawn Michaels was not one of them.

It was said that Flair “gets off” with celebrities calling him. He’s still a massive celebrity himself, but having celebrity friends is still nice. HBK didn’t reach out to Flair and this seemed to be the tipping point because although Ric Flair mentioned the things that Shawn said about him on the ESPN 30 For 30 special the two have been friendly since then.

Later on, Ric Flair spoke to TMZ when he thanked The McMahon Family, Triple H, Offset, Hulk Hogan, Charles Barkley, Ted DiBiase, Josh Reddick, Kevin Greene, Bruce Smith, Darius Rucker and Ricky Steamboat for checking on him. However, he did not mention HBK.

It seems that The Nature Boy and The Heartbreak Kid might not be on the best of terms right now which is sad to see. Hopefully, they will be able to mend things.