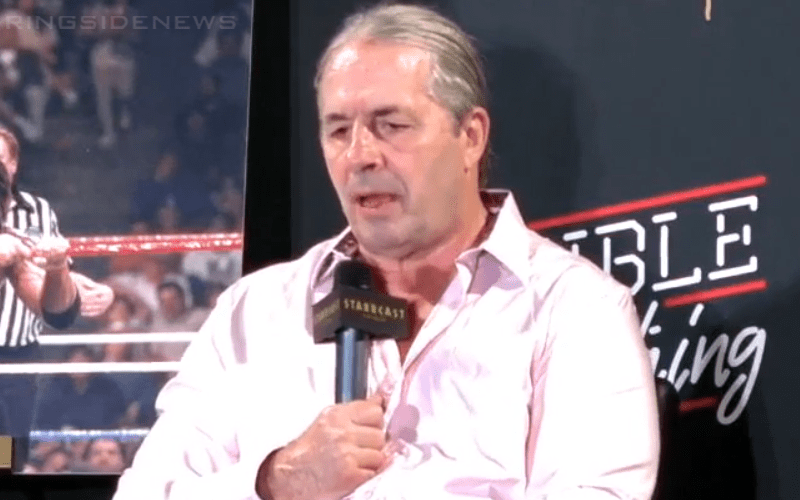 Bret Hart came out to introduce the new All Elite World Title at AEW Double Or Nothing. This segment included an interruption for a reason, but then Hart revealed the new belt anyway. However, he didn’t make it to the back without taking a bump off of the stage.

If you want to read our complete AEW Double Or Nothing results you can click here.

Bret Hart did fall off of the stage at AEW Double Or Nothing, but according to Bryan Alvarez on Wrestling Observer Radio the two time WWE Hall Of Famer is okay.

Apparently, Hart got tripped up on the steps and he fell down. It’s not the first time he has taken a fall, especially an unexpected one. However, Hart was okay after the accident so there is no need to worry about him.