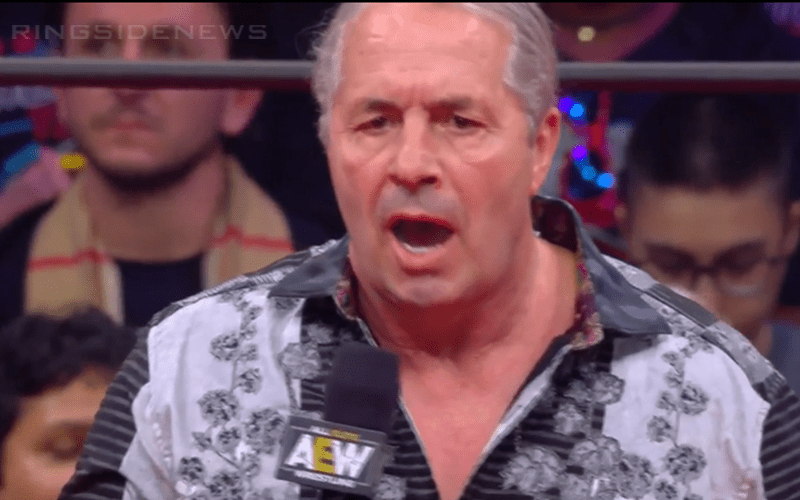 AEW Double Or Nothing included a big reveal of the new All Elite World Title. Bret Hart got to come out and do the honors and it was a pretty great segment. MJF appeared and interrupted Hart with a brilliant heel promo. This was followed by Jimmy Havoc and Jungle Boy running Friedman off, but there was a great reason why AEW booked it this way.

If you want to check out our extensive AEW Double Or Nothing results you can click here.

MJF, Jungle Boy, and Jimmy Havoc all competed in the Casino Battle Royale during the Double Or Nothing Buy In kickoff show. They would come back during a very important segment in the main show for a reason as Dave Meltzer explained on Wrestling Observer Radio.

“It made Jimmy Havoc and Jungle Boy on the main card where you’re telling people that these were not just guys that were in the battle royal these are real guys that we’re pushing and you know it.”

MJF is going to be a key heel in AEW. He has heat just walking into the arena. There is a reason why he kept getting kicked out of Starrcast.

Therefore the All Elite World Title reveal was a perfect spot to bring out some people who fans should certainly expect to see a lot more of when AEW is on TNT every week later this year.