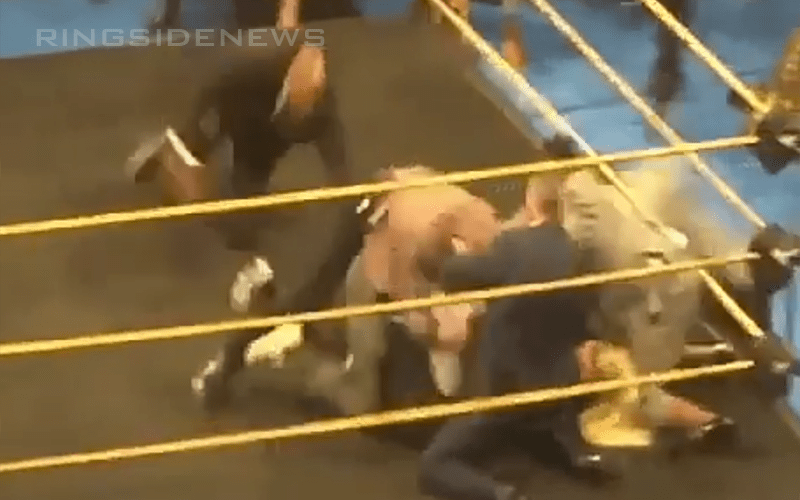 Bret Hart was in the middle of giving the 2nd WWE Hall Of Fame speech of his career. This time he was accepting the honor as part of the Hart Foundation and then things went wrong in a big way.

Someone rushed the ring and tackled The Hitman. It was madness for a bit and WWE’s cameras cut away while Superstars jumped in the ring to help.

WWE’s cameras cut away, but footage of the attack was taken because it is 2019 and we live in an era where everyone has a camera in their pocket. You can check out the footage on our Instagram page. It could have been much worse, but this was still uncalled for.

This dude grabbed onto Bret Hart and spun taking Natalya down with them. It was a total show of disrespect and we’re glad Dash Wilder punched the crap out of him.