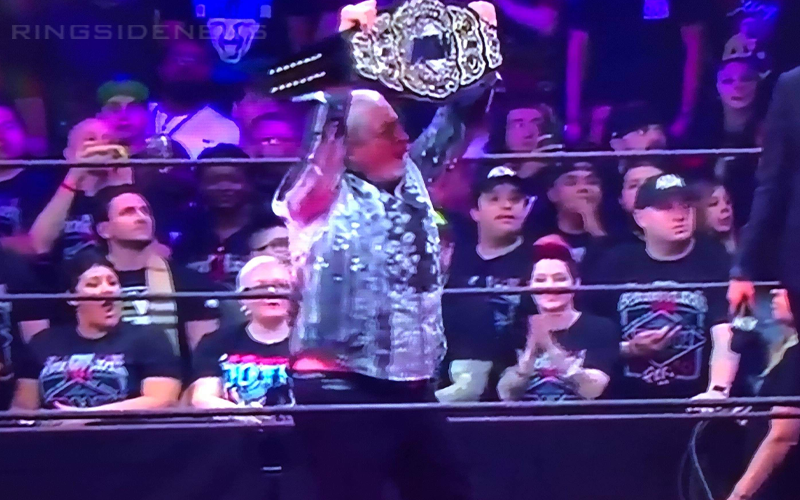 Bret Hart surprised the pro wrestling world when he made his way to the ring at Double Or Nothing. The two time WWE Hall Of Famer was at Starrcast where he didn’t hide anything, but he was out at Double Or Nothing to reveal a beautiful new title. However, he didn’t make it to the back without a rather scary event going down.

Apparently, when Bret Hart was on his way back after the title reveal he took a tumble off of the Double Or Nothing stage. This was a pretty scary event and plenty of fans in the MGM Grand Garden Arena saw him fall.

Hopefully, he’s okay. We will keep you updated at Ringside News on any developments in this on-going story.