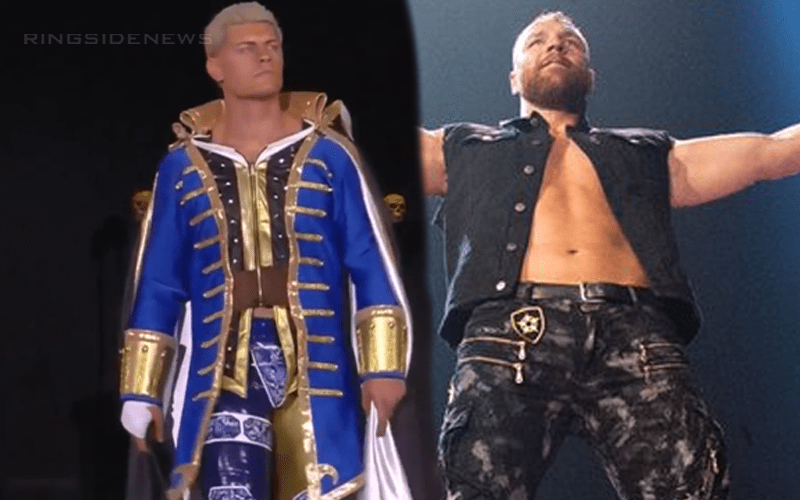 Cody Rhodes is not just an Executive Vice President for AEW because he is also a wrestler. This was the big statement he was trying to make when destroying Triple H’s metaphorical throne with a sledgehammer. Therefore, The American Nightmare wants top competition in All Elite Wrestling.

If you want to read our complete AEW Double Or Nothing results you can click here.

Cody Rhodes was asked during a media scum following Double Or Nothing who he would like to sign next from WWE. He replied by saying that he got who he wanted because the former Dean Ambrose was on the top of his list and for good reason.

“The one guy I would have wanted was Jon Moxley and we did sign Jon Moxley to a multi-year deal, a really wonderful deal for AEW and our presentation as the alternative so that’s the news tomorrow and that’s the guy that I wanted because what a story, you know? Because on one end you have this veteran guy in Dean Malenko who left WWE after 10 years to come play ball with us and then you have Moxley who was right in the thick of it.”

“I mean The Shield was the hottest thing. I got to be in there with those guys and my brother and my dad, [Moxley] took the last bionic elbow [from Dusty Rhodes] so people have a connection with him and he has a connection with the fans.”

“I don’t know if you saw this, but when he was in the ring he was literally unhinging and coming out of whatever shell that was put over him so I was really happy. I’m not happy that he went after Kenny [Omega], but I was really happy.”

As you can see from the video provided by Chris Van Vliet, Cody Rhodes was still covered in his brother Dustin’s blood. He said that was an old Dusty Rhodes thing because after you feel like you hit a home run you don’t want to shower and end the feeling of being in the ring.

Jon Moxley is going to make a lot of people pay attention to AEW, but they might be surprised what the former Dean Ambrose is capable of.

Cody Rhodes obviously knows what Mox can do and he is very excited to see everything play out in the new company.