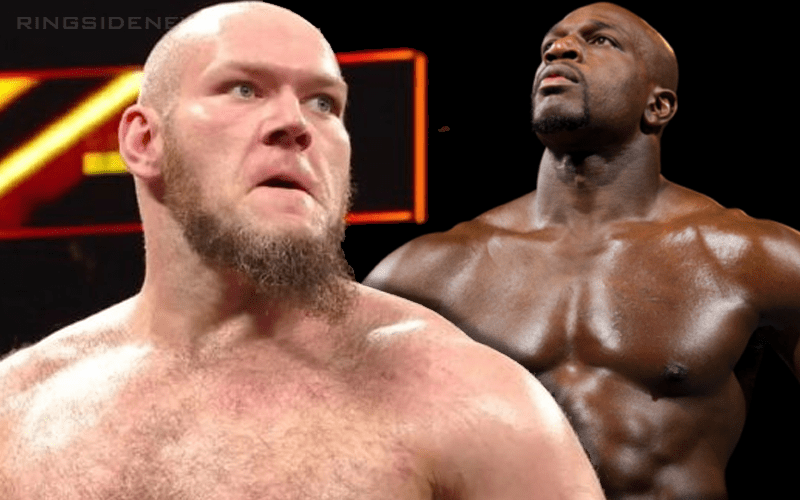 Lars Sullivan said some things that he really regrets a number of years ago on a bodybuilding message board. Years later in 2019 he was fined $100,000 for his remarks.

This amount was a huge shock to some fans, but others don’t think it was quite enough. On top of the fine, Sullivan is also required to take part in sensitivity training and Titus O’Neil seems satisfied.

O’Neil tweeted out a glowing message to Lars Sullivan for being a man who wants to seek guidance on how to become a better human being than he was nearly a decade ago. He also thanked Vince McMahon for “taking action” in this situation.

@LarsSWWE I Applaud you for seeking out myself&Others on the @WWE Roster to not only Sincerely Apologize, But also seek Guidance as to how to move forward in being a Better Human Being than you were 9years ago. Nobody is Perfect Including Thank you @VinceMcMahon 4Taking action!!

Lars Sullivan also apologized to The New Day personally and sent out a public statement on the matter where he regretted those remarks that do not represent who he is today.

Hopefully, this issue is now past Sullivan and now he can move on with his WWE career where eventually his fine won’t hurt as much considering the amount of money WWE will be paying him for his services as The Freak.