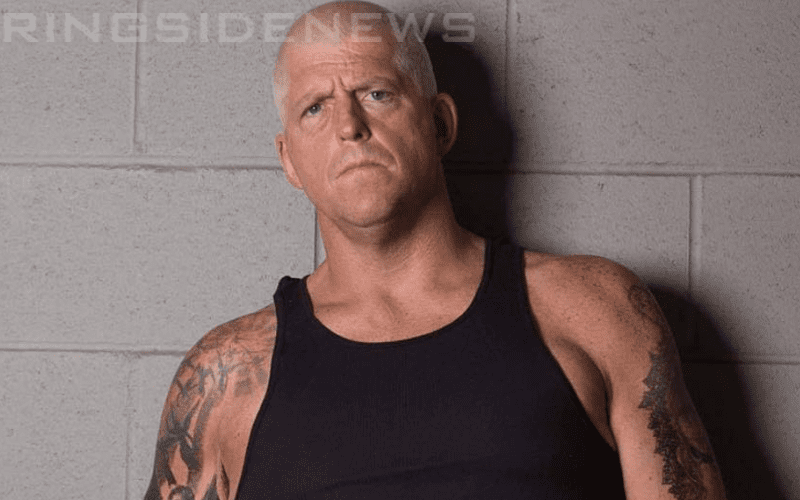 Dustin Rhodes has been through many incarnations in just the Goldust character, but some fans have forgotten about a very short-lived gimmick in WCW called Seven that he went through in 1999.

The legend goes that Dustin Rhodes hated the gimmick because he allegedly broke character on live television to bury the character in his Nitro debut.

You can watch that clip above and see how Seven’s WCW debut went. It did not appear to go well. Seven trashed WWE, his Goldust character, and proceeded to bury WCW’s powers that be as well.

Therefore, the rumor and legend goes that Dustin Rhodes hated the Seven character which is why he shot on it. However, that might have been a brilliant work that tricked the pro wrestling world for nearly two decades.

Ringside News founder Steve From Florida was having some fun on Twitter comparing AEW to WCW because there are a couple of similarities. The fact that AEW put a bunch of flames behind their logo just like the old Nitro logo didn’t help.

During his time online, Steve asked Dustin Rhodes if he would be bringing back the Seven gimmick. This is when Rhodes replied and revealed something very interesting about that infamous character.

“No, and for your information, 7evn was all my creation and loved it.”

Dustin Rhodes deleted his tweet, but we were able to snag it which you can see below. Goldy also took some shots at Steve for having an opinion, but that’s nothing new.

It just goes to show that no matter how long ago something happened in pro wrestling there is still a possibility of learning something we never knew. In this instance it makes us look at Seven’s time in WCW way differently.