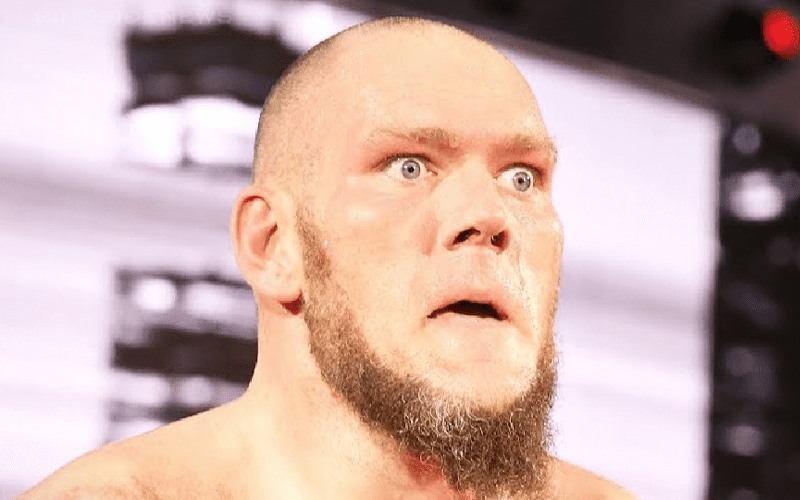 Lars Sullivan said a lot of things that he deeply regrets on a bodybuilding message board years ago. This has recently been brought to light twice in the past six months. The second time went absolutely viral.

Of course, the first wave was thanks to Ringside News in November last year. Then someone recently took the time to put them all together on a Reddit post. After that second wave of attention it was unavoidable.

Lars Sullivan sent out a public response on the matter, but it doesn’t seem to be enough. Fans aren’t happy that WWE is hoping this blows over so they’re contacting sponsors.

When one fan reached out to the Mars Wrigley Confectionery company, they received a very interesting response in return.

Thank you for reaching out to Mars Wrigley Confectionery with your comments.

We learned of Lars Sullivan’s comments recently and share in your shock and disgust. As a values-based company, we find his behavior abhorrent and unacceptable. We have engaged the WWE to discuss this situation and seek to understand what actions they will take to swiftly address this matter.
We hope this information is helpful and wish you a great day!

Your Friends at Mars Wrigley Confectionery

This story might not be finished when it comes to Lars Sullivan. Because regardless of WWE’s massive plans for The Freak there might not be much they can do if sponsors start threatening to pull out.

It seems like Mars is aware of what Lars Sullivan said. Now if they could just take it up with WWE about how they keep going to Saudi Arabia that would be great.