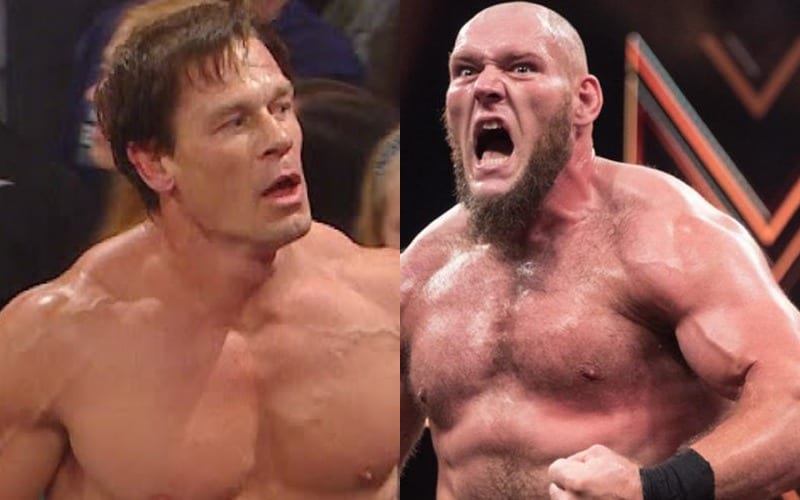 WWE has a lot of plans going into WrestleMania 35, but Lars Sullivan’s recent situation might have caused them to change things around. Although it’s unknown exactly what their intention is, WWE could have needed to scrap John Cena vs Lars Sullivan.

Dave Meltzer noted on Wrestling Observer Radio that John Cena’s injury angle last night was a work, but it wasn’t supposed to happen at way. Instead, Lars Sullivan was most supposed to injure Cena as we previously reported. Now Cena and Sullivan’s WrestleMania match could be in question.

“I don’t know that for sure, but John Cena’s injury is though.”

The idea was for Lars Sullivan to make his big debut last night on Raw and injure John Cena. However, that obviously did not happen. WWE didn’t go ahead with those plans, but that doesn’t totally rule out Lars Sullivan’s match with John Cena because they didn’t replace Sullivan for someone else injuring John Cena. It just makes it even more unlikely.

Until WWE starts Cena in a new feud going into WrestleMania, you never know if their plans have changed completely or they are just switching up the starting point. If they still have hopes of doing Cena vs Sullivan they have months to arrange it.

There is also no shortage of WWE Superstars who would love to have a match with John Cena including Velveteen Dream who has been politicking for that match, however, there are currently no hints that match could happen either.