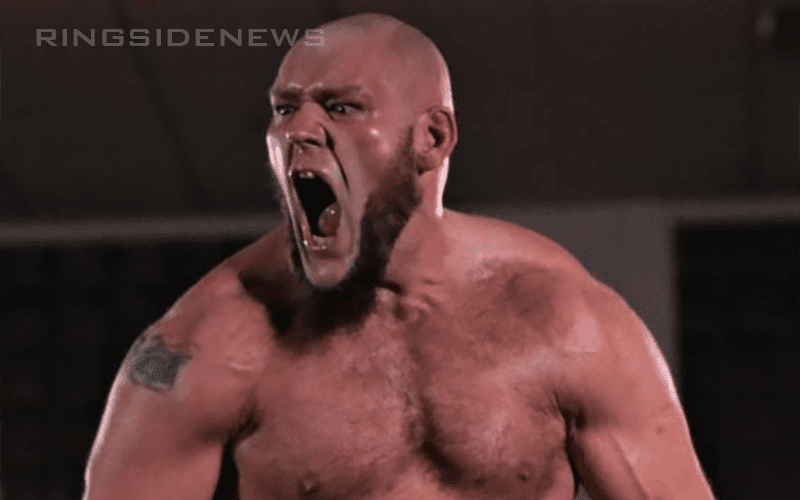 Lars Sullivan used to frequent a bodybuilding message board years ago. We previously reported on a lot of things that he said, but it seems like now that Lars is on the WWE main roster he has an even bigger microscope on him.

Sullivan made cracks about Jeff Hardy’s drug issues and Bobby Lashley taking steroids. He even made some very off-color remarks that could be interpreted as racist and homophobic. Now the internet has dug up even more of his old comments they are going viral in a big way.

Sullivan posted under two different profiles on that bodybuilding message board. After the Disenfranchised username was banned he started posting as Elperfecto.

One disturbing comment came when he joked about Stone Cold Steve Austin’s domestic abuse against Debra as he said: “Stone Cold apparently didn’t break character when he smacked up Debra.”

Another instance of Sullivan hitting the “send” key before really thinking about what he was saying came when he explained why he makes homophobic jokes although he doesn’t have any “true hateful feelings.”

It’s a part of our culture. I don’t actually have any true hateful feelings for gay people, but it’s just a part of my sense of humor I like to explore. Homophobia, racism, sexism, these are all hilarious things to make light of in the right environment (among other straight men).

He later went on to explain why he used such a joke. This particular instance gained traction on a Howard Stern Reddit thread.

We previously reported that these old comments are not an issue in WWE as the company is willing to overlook them. There was also no heat on Sullivan because of those comments. Brad Shepard addressed this on Oh, You Didn’t Know months ago.

“Nobody said anything internally about Lars having heat for alleged posts he made years ago on a bodybuilding forum. So I just through that was interesting as well is what we saw on TV also is they’re continueing with the vignettes for Lars and his main roster debut.”

As Lars Sullivan’s destruction continues in WWE we can only assume that WWE is well aware of these newly resurfaced posts as well. So don’t expect them to hamper The Freak’s push because Vince McMahon has been high on Sullivan for a very long time.