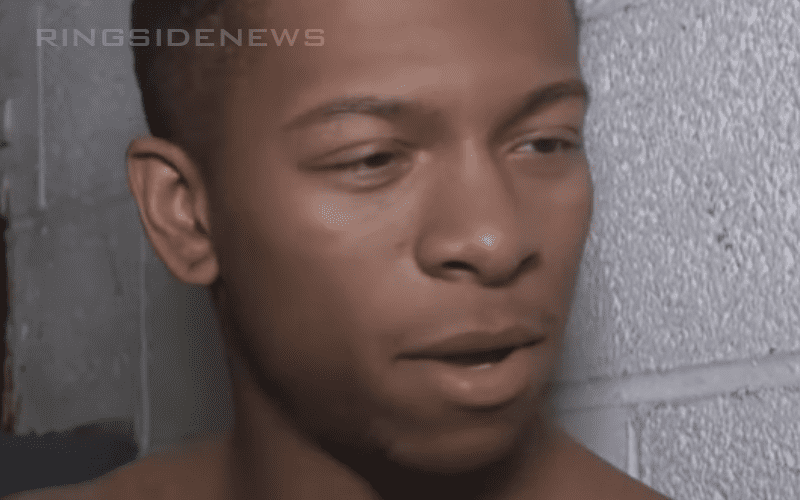 Lio Rush’s backstage heat in WWE looks like it really caught up with him in a big way. He might have lied to Mark Henry about it, but you can’t deny all of the reports coming out about The Man Of The Hour.

Rush reportedly had his wife backstage at all times. He was insistent on this as well. Finn Balor tried to reason with Lio Rush about why this wasn’t a good idea to have his wife sitting in on rehearsals, but that conversation did not go well at all.

PW Insider reports that another WWE Superstar who is also a veteran tried to speak to Rush about those issues during the November 2018 European tour. It was noted that this veteran was not Finn Balor.

As expected, the conversation with this veteran and Lio Rush did not go well either. This only further fits the narrative that Rush simply wasn’t open to discussing anyone else’s opinions on how he was perceived backstage.

Another veteran talent (not Finn Balor) attempted to speak to Rush about his issues, only to be rebuffed and told by Rush that he, “works for Vince, not you.”

This veteran was reportedly approached by WWE management because Rush complained about the conversation. Apparently, Lio Rush’s idea was that since this Superstar was not a part of management then he had no right to talk to him about any of those matters.

Lio said that this veteran was his equal and not his superior. Once word started going around it resulted in Lio Rush being removed from the locker room for a time following the tour.

When word of that made the rounds, it led to Rush being removed from the locker room for a period of time after that tour and that point, his issues became less of a regular occurrence in the locker room.  In recent weeks, that has changed.

It sounds like Lio Rush might have received the “Enzo Amore treatment” for a bit. He wasn’t kicked off of a tour bus by Roman Reigns, but it could be perceived as close.

Hopefully, Lio Rush will be able to fix whatever issues he’s having. It is said that his ego has gotten the better of him which could be quite apparent. After all, Rush rejected a substantial long-term contract with WWE while telling the company to double their offer.