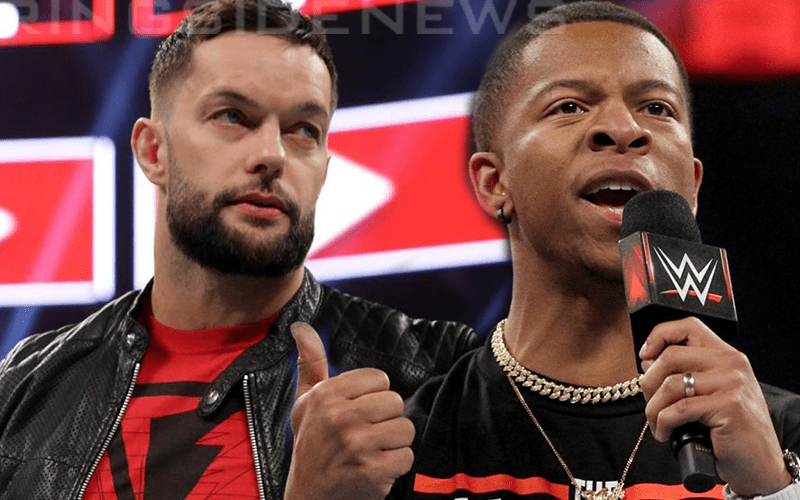 Lio Rush might not be in the best situation backstage in WWE. In fact, it is doubtful that he will be seen on the main roster again.

Rush did not accompany Bobby Lashley to the ring last week during a dark match segment, and he even addressed this backstage heat with an emotional message online. That might not help things.

Fightful Select reports that a couple of incidents led to Lio Rush having backstage heat. One of them involved Finn Balor.

Lio Rush apparently has to have his wife backstage with him at all times. This has created some awkward situations. Apparently, Finn Balor tried to reason with Rush and it didn’t go well at all.

It is reported that Finn Balor tried to explain to Lio Rush that having his wife at rehearsals might not be the best thing in Vince McMahon’s eyes. Upon hearing this “Rush responded unfavorably.”

There was another incident involving Lio Rush that caused management to get involved as well. The specifics of that second incident were not expanded upon.