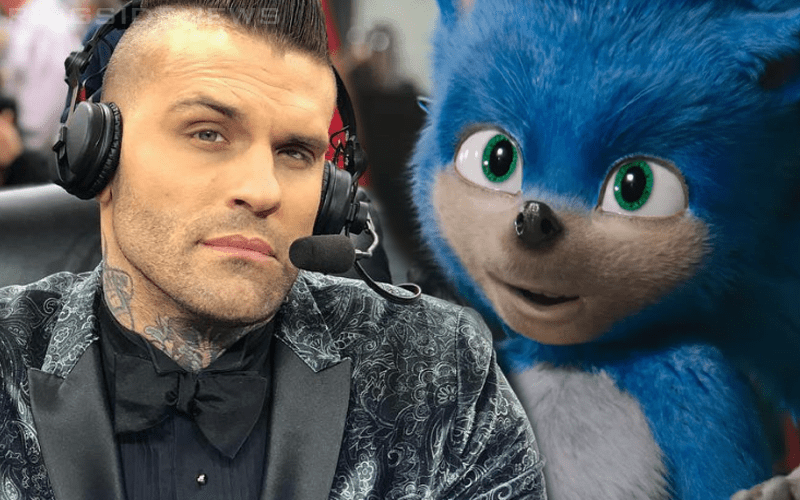 Corey Graves is a fan of pop-culture and he grew up in a time while the “bit wars” were taking over the video game scene. Insert Sonic The Hedgehog, the feisty mascot of Sega that is now getting a live film adaptation.

There was a huge issue when the new Sonic The Hedgehog trailer dropped because fans hated Sonic’s design. He looked too much like a hedgehog which is what he is, but fans wanted the classic look.

Now Sonic will get a touch-up as the film’s creators scramble to make edits in time for the film’s release. It can’t be easy seeing how they are altering the titular character.

Corey Graves spoke up about this recent backlash over Sonic The Hedgehog’s design in a big way. He also blamed fans for hedgehog shaming the classic Sega mascot.

Ya’ll have hedgehog-shamed Sonic into changing his appearance.

The Sonic film’s creators wanted to present a realistic version of the classic Sega character. Obviously that didn’t work out so they are changing things now.

Corey Graves will have to wait with the rest of us to see what kind of changes they are able to make in such a short time. However, if you ask Corey, Sonic was beautiful just the way he was rendered.