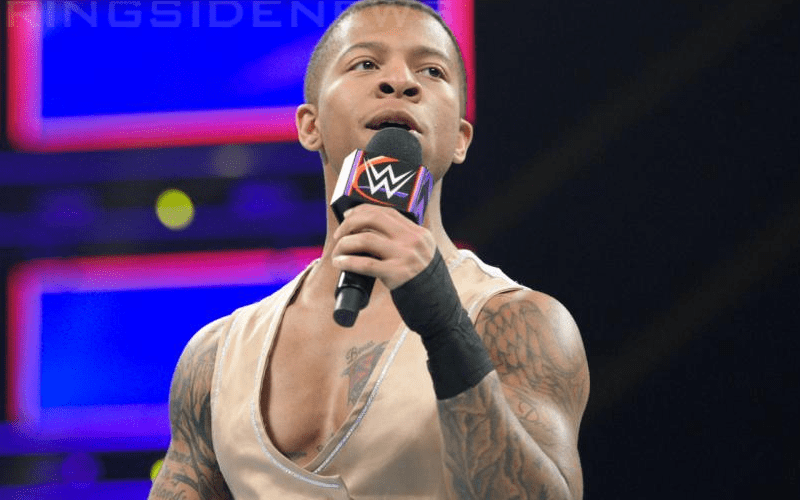 Lio Rush has some heat backstage in WWE and it turns out that it is much worse than most thought. Apparently there have been a few issues that have caused the heat to mount for Lio recently and things haven’t gotten any better.

Fightful Select reports that a source in WWE said that “Lio Rush would be very lucky to be back on the main roster any time soon, if ever.” This is not a good sign for the Man Of The Hour.

It is reported that Lio Rush rubs people the wrong way and several have “wanted him out of the locker room for quite a while.” Lio Rush’s wife is also always around at his insistence which can get awkward.

There was also a backstage incident with Finn Balor.

There isn’t said to be any heat on Lio Rush’s wife, but she has to be around because Lio Rush said so. It is also reported that he is quite boisterous and claimed to want a reality television show based on himself and his wife.

As we previously reported, one current WWE Superstar told Bodyslam.net that they don’t want anything to do with Lio Rush.

We previously reported that Lio Rush responded to the initial reports of backstage heat. Hopefully, things can improve, but it doesn’t look good right now.