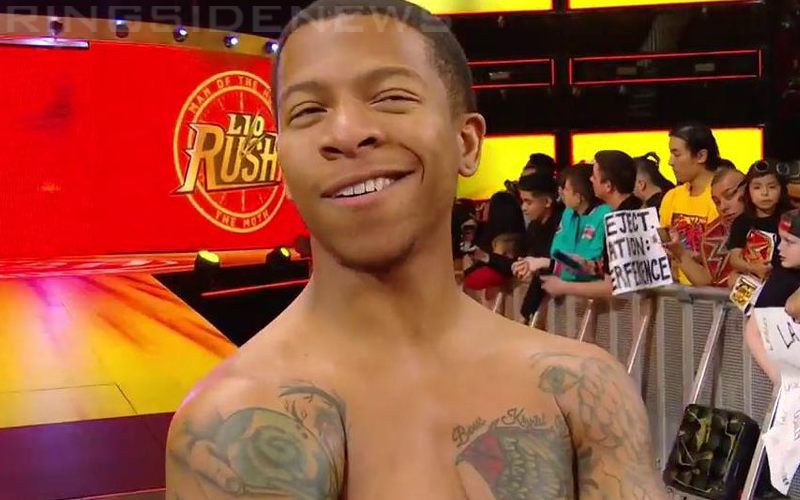 Lio Rush might not be coming back to the main roster any time soon. You never know if Vince McMahon could end up changing his mind, but right now it looks doubtful.

There are plenty of reports going around about Lio Rush’s backstage heat in WWE and he has openly tried to refute them the best he can. However, there are a lot more people saying that things aren’t working than saying everything is okay.

PW Insider reports that Lio Rush was actually offered a five-year contract reportedly worth $300,000. However, he turned it down while asking for double that number. That is a pretty big power move especially seeing how he would be asking for almost $100,000 more than WWE offered The Revival if that offer from WWE is per year.

Rush’s claims are interesting, especially since WWE sources have claimed today that Rush was offered a new, five-year contract that was said to be in the $300 thousand range, but turned it down, instead, according to multiple sources, asking for double that number.

It was also noted that Lio Rush has told WWE to let him out of his WWE contract. His wish is to show WWE what he is capable of outside the company.

We are told that Rush has, at on at least one occasion, instead suggested the company release him so he can “show them” what he could accomplish outside of WWE.

We will keep you updated on new developments as more information is made known about this on-going situation.

It seems like it could be open season for people to come forward about Lio Rush at this point so things might get very interesting as time goes on.