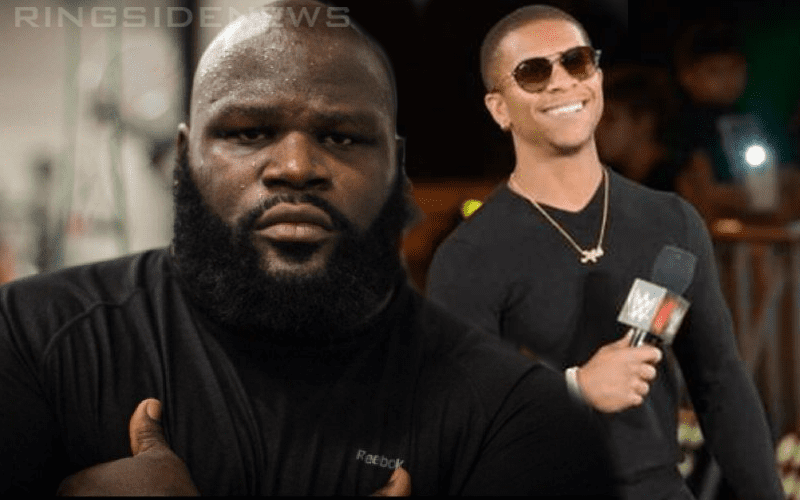 Lio Rush’s backstage heat in WWE is becoming the stuff of legend. However, this is not the kind of WWE legend that anyone should want to be.

Mark Henry’s role in WWE is that of locker room enforcer. He doesn’t get physical anymore, but he does want to make sure that all of the locker room etiquette is followed in the way it should be. This includes getting to the bottom of any rumors about locker room heat.

While speaking about Lio Rush on Busted Open Radio, Mark Henry disclosed a time when he recently took Lio to the side and asked him about all the stories he’s been hearing. Apparently, Lio Rush told him that nothing was wrong, but that was a blatant lie.

“I pulled him aside the last time I saw him and told him ‘I’m hearing stuff in the locker room. What’s wrong?’ He said nothing’s wrong.”

“It was a blatant lie to my face. I let him know that if he has a question, right now is the time to do that. You’re likely not going to run into someone who knows the system like I know the system. He didn’t do that. He lied to my face. Sometimes you have to talk to people that know more than you do.”

The WWE Hall Of Famer then discussed how Lio Rush’s problem backstage in WWE has nothing to do with race. Because it’s really all about ego.

“It’s not a race issue. It’s an ego issue. Who are you? Nobody is exempt from being respectful to the business and paying homage to the guys drawing money. We all have done it. Steve Austin did it. The Rock did it. You better than The Rock? Get the hell outta here!”

At this time WWE has a few options about what to do with Lio Rush. If this was any other time he could already be released, but the company doesn’t want to provide exceptional talents to the indies right now for obvious reasons.

Only time will tell what is next for Lio Rush and WWE, but we will keep you updated right here at Ringside News.