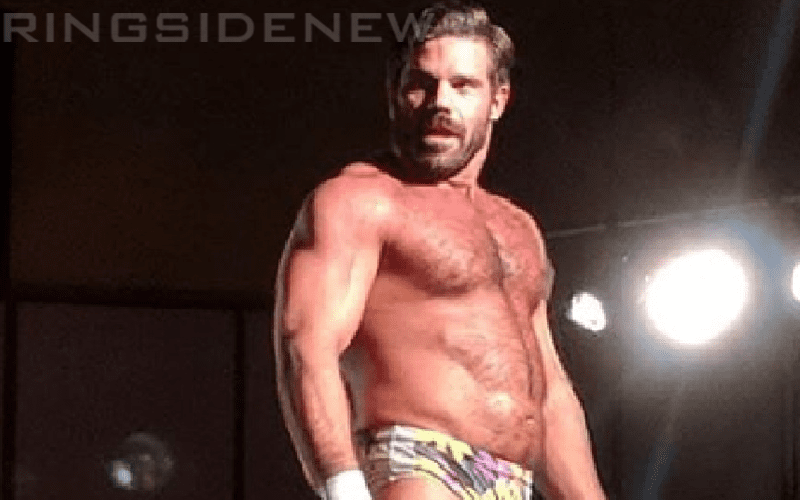 Joey Ryan’s moveset changed so much about pro wrestling in a lot of ways. His penis-themed attacks might make some traditionalists cringe, but the fact is that people love the King Of Sleaze.

Rumors broke out that WWE is interested in Joey Ryan. He is now free from his Lucha Underground contract and from the looks of it, LU is now off to keep other workers from making a living on the indie wrestling scene.

Ryan commented on the WWE rumors, but he didn’t deny them. Now he is promoting a Farewell To The Indies t-shirt which is incredibly interesting. Because while he was plugging this new merch, Joey Ryan confirmed that he is leaving the indie wrestling scene.

I guess the word is out now. Am I signing somewhere? Have I already signed elsewhere? One thing is certain; my time on the indies is coming to an end so pick up this “Farewell” tour shirt at prowrestlingtees.com/joeyryan for a limited time only! Get em before I’m gone! #RAW ‬

It will be incredibly interesting to see where Joey Ryan decides to sign now. He has a lot of options because he is still working the indies and making a very good living.

Dave Meltzer reported in the Wrestling Observer Newsletter that Joey Ryan got an offer from WWE which included him being a trainer as well. It might be bizarre to consider Joey Ryan as a WWE Performance Center trainer, but when we live in a world where Prince Albert pretty much runs the whole program then that really proves that you never know what can happen in pro wrestling.