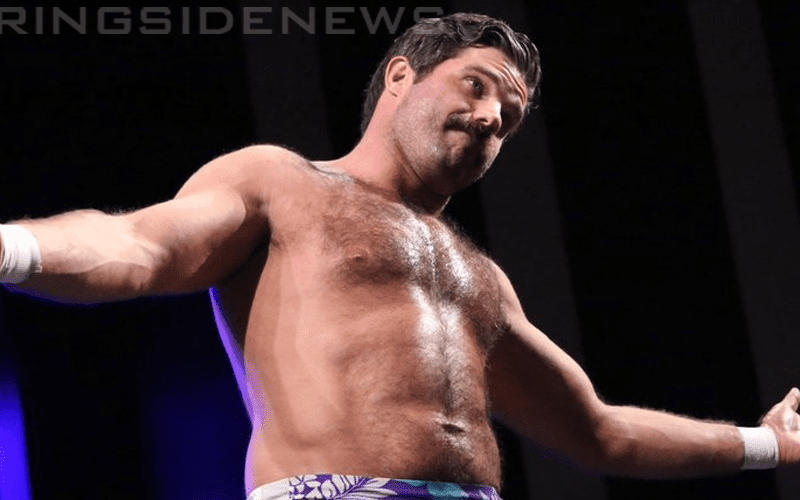 Joey Ryan is known throughout the indie wrestling scene for his unconventional offense. Usually that entails using his crotch in the battle in some respect.

Being such a famous indie wrestler who is making tons of money on the indie scene, WWE is going to pay attention to him. Since he is now a free agent after Lucha Underground finally let him out of his contract now WWE reportedly has interest.

Ryan commented with a picture of himself in a great pose while asking if anyone read anything good on the IWC today.

It was noted in the Wrestling Observer Newsletter that Joey Ryan isn’t likely to take WWE up on their deal. Even with the promise of working in NXT and eventually becoming a trainer it would be hard for him to move to Orlando and give up the big money he’s making now at this stage in his career.

Ryan owns his own LA home and is quite content making his own schedule. There are a lot of options available for someone in demand like Joey Ryan. It doesn’t sound like he’s going to confirm anything definite in the meantime.