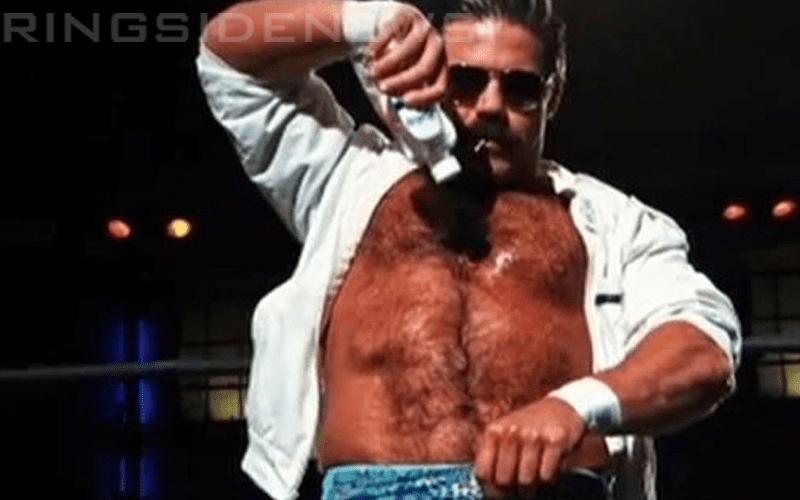 Joey Ryan’s penis is very powerful. It can throw many men across the ring and do plenty of damage in the process. His powerful crotch can also withstand an assault from a chainsaw, but it looks like WWE might want those powers as well.

Ryan’s unique gimmick and skillset as the King Of Sleaze has often been thought of as the opposite of what WWE is looking for. However, you also never know what can happen next in pro wrestling.

The Wrestling Observer Newsletter reports that WWE has been in communication with Joey Ryan. He is now free from his Lucha Underground contract, but he hasn’t signed with AEW despite showing up in a number of Being The Elite videos. Therefore, WWE contacted him to inquire if he has any interest in relocating to Orlando when word got out about his free agency.

Ryan was not given an official offer as of earlier in the week but they contacted him after getting word he was a free agent when the word was out that he was let out of his LU contract, and asked if he was willing to move to Orlando, wrestle a few years there and then move into a coaching position.

It was noted that the feeling is that Joey Ryan’s income is far more than an NXT Superstar and at this stage in his career it wouldn’t be a wise move for him to make this change. Ryan also owns a home in LA that he was able to buy out-right with his indie wrestling earnings.

The fact is that WWE would certainly change Joey Ryan’s character. If he signed, he would be highly limited as well. Therefore, it’s not likely that he will be taking WWE up on the deal since they waited until he was a financial success on his own to offer him anything.