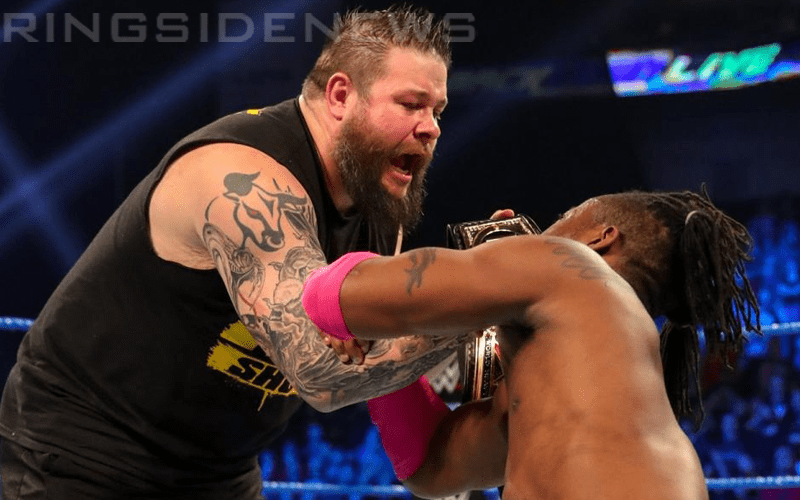 Kofi Kingston is the WWE Champion and it appears his first challenger was solidified this week with Kevin Owens’ heel turn. WWE had their reasons for turning Owens heel, but some were still wondering why WWE did it so soon.

Dave Meltzer explained on Wrestling Observer Radio that WWE made the decision to turn Owens so quickly because if they didn’t then Kofi Kingston would find himself in a situation where he is a champion with nobody chasing his title.

“Here’s the thing though, every week they don’t do it they’ve got nothing for Kofi. So I think they just wanted something for Kofi because Kofi would have to be out there twiddling his thumbs until he’s got an opponent. So I think that’s one of the reasons why they just said, ‘Let’s just do it right away.'”

Only time will tell how Kofi Kingston’s first WWE Title defense will go at Money In The Bank. You would think that WWE will let him carry the WWE Title for a little while considering how much of a response they got from KofiMania, but they have made big post-WrestleMania changes to draw heat before.

Kevin Owens could carry the WWE Title as a hated heel and pull it off very well. Kofi Kingston might end up chasing the title again if he loses it, but there could always be the chance that losing the title with no automatic rematch clause in WWE anymore could send Kofi drifting back down the card once again.