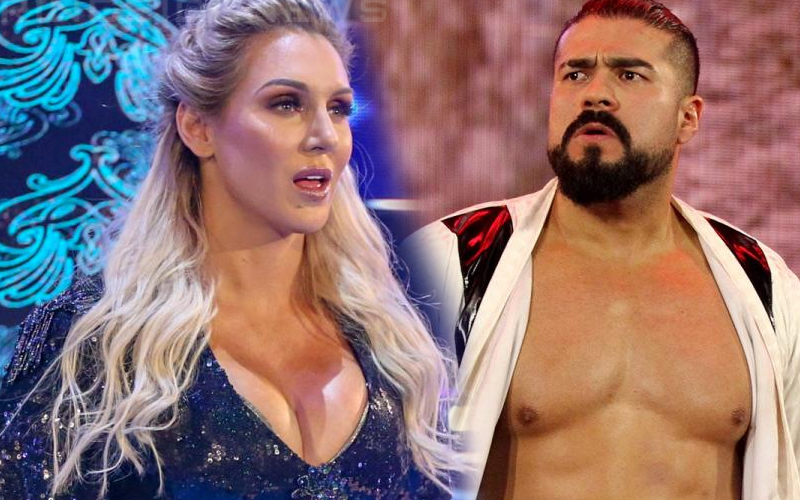 Charlotte Flair and Andrade are a happy couple and one of many in WWE. It is interesting that out of all the WWE couples, they seemed to have been the only ones who were split up with the WWE Superstar Shake-Up.

We previously reported that WWE will sometimes separate a couple that isn’t married as if to say that they don’t want them together in real life. Apparently, Flair reads Ringside News too because she reportedly took exception to being away from Andrade.

Brad Shepard reports that Charlotte Flair was not Tranquilo at all about being separated from Andrade. In fact, she reportedly used her political sway backstage to get things switched back because they’re engaged as we previously reported.

I spoke to a source in #WWE about Andrade being moved to #SDLive, after originally being drafted to #RAW. I’m told the reason is because Charlotte used her pull to request the change. Special consideration is usually given to married or engaged couples, and they’re engaged.

In case you are doing the math, moving Andrade back to SmackDown Live also meant that Zelina Vega was to go with him. This caused Aleister Black to be moved as well because he is married to Zelina Vega.

Cesaro is now on his way to RAW and Ricochet is without a partner as well after Black’s departure from the red team. All of these changes needed to come about just for Andrade to get moved back to the blue brand.

So this was a big chain reaction in order to keep Andrade on SmackDown Live. Apparently Charlotte Flair is okay with that as long as she gets to stick with Andrade. If this is true it also shows how much political pull Charlotte Flair has backstage in WWE.