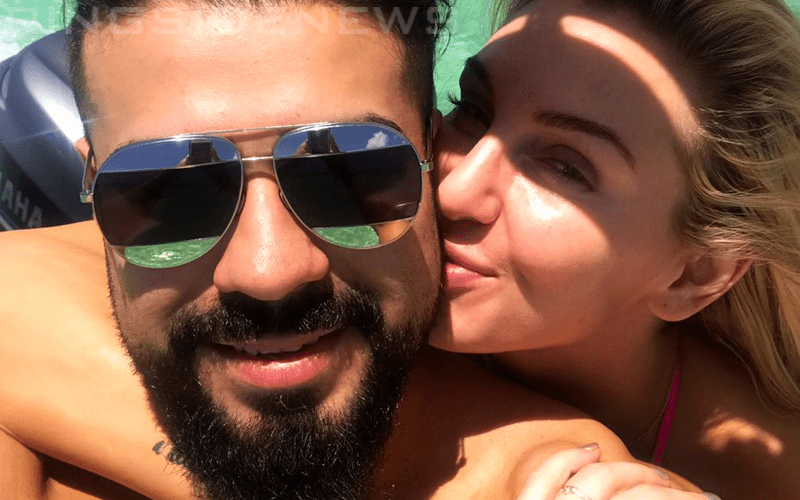 Charlotte Flair and Andrade kind of broke the internet when their relationship went public. They were very close around Royal Rumble weekend and not hiding their relationship. Now it looks like they might have taken things to the next level.

There was no ring on Charlotte’s finger at the WWE Hall Of Fame, but that seemed to change after WrestleMania.

Following WrestleMania weekend, the two posted a little video together where Andrade said in Spanish what translates to “Vacation! With my best company!” They looked super close and mighty happy.

Shortly afterward, they posted another picture together while on this vacation and the ring finger on Charlotte’s left hand has a new addition to it. This ring isn’t too flashy, but it looks expensive.

If this is an engagement ring, then congratulations to the happy couple. If it is a promise ring then that’s cute too. Either way, Charlotte seems to be rocking some new jewelry as it looked like she was trying to show it off in a sly fashion while saying “I love the water.”

Charlotte Flair has been married twice before to Bram from 2013 to 2015 and Riki Paul Johnson from 2010 to 2013. Johnson is currently suing Flair and WWE over things she wrote about him in her autobiography.

Anyway, congratulations to Charlotte and Andrade no matter what that ring is all about!