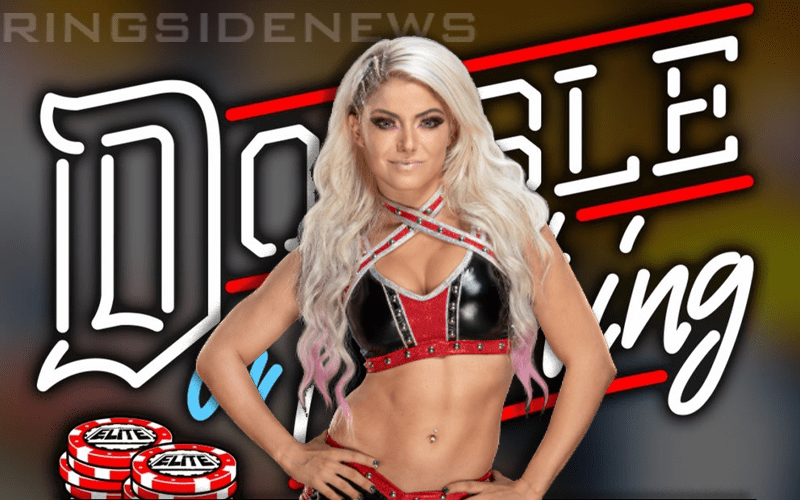 Alexa Bliss looks to be taking a little break to Las Vegas in a couple of weeks. That is all she said, but leave it to the IWC to take a bit of information and run the entirely wrong direction with it just to have a good time.

Bliss recently asked fans if they could suggest any good shows in Las Vegas as she is planning on spending some time in Sin City. Of course, there was no shortage of fans suggesting that she give AEW’s Double Or Nothing event a try.

Heading to Vegas in a couple weeks … really want to see a show. Any suggestions !??

It should be noted that All Elite Wrestling’s Double Or Nothing event is on May 25th in Las Vegas, but that doesn’t mean Alexa Bliss will be there. If anything, she would be putting her career at risk by attending the event as a fan because people would see her, it would be online before the first match was finished, and then she might have to answer why she was in attendance. After all, she’s pretty recognizable.

So don’t think that Alexa Bliss will be going to AEW for anything. She seems quite happy in WWE and that isn’t likely to change anytime soon.