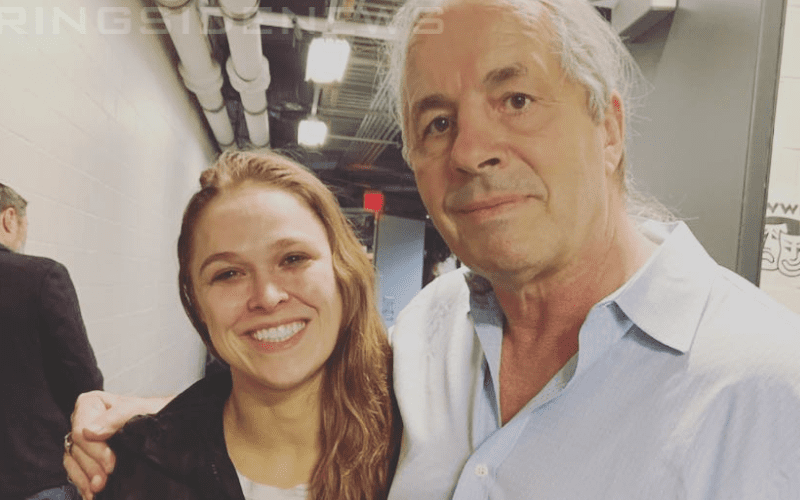 Ronda Rousey did not appear on RAW last night in the big event following the show of shows, but she was there. The former RAW Women’s Champion actually suffered a broken hand in the WrestleMania main event match so her future could be a real question especially considering the fact that she is said to be leaving WWE anyway.

Bret Hart’s attacker was stopped by a lot of people, but Rousey’s husband Travis Browne was one of the first on the scene. She gushed over how heroic Browne was during the WWE HOF, but apparently, they missed out on actually meeting Bret Hart.

That changed as Hart and Rousey posted a picture together backstage during the RAW After WrestleMania. Hart said it was glad to finally meet her. They actually shared the ring on Saturday night, but it wasn’t under the best circumstances. It was also very evident that Rousey’s hand suffered some damage too judging by the cast she was wearing.

We’re not sure when Ronda Rousey or Bret Hart will be back around, but it was great that they got to meet up before her hiatus started.