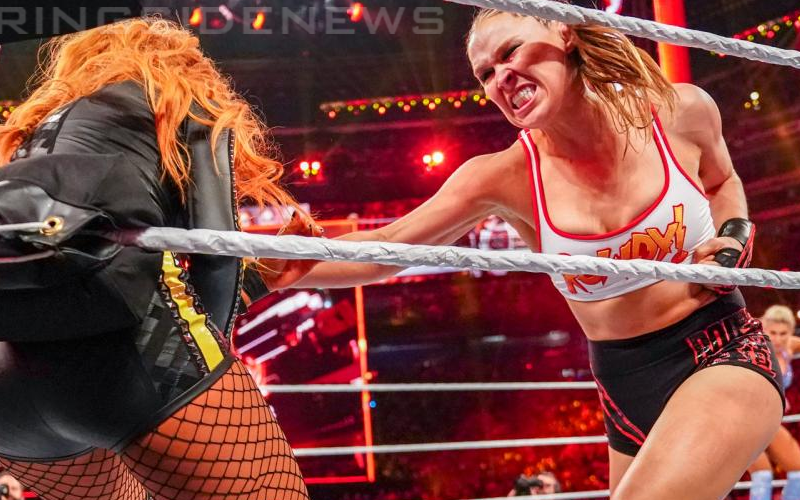 Ronda Rousey suffered an injury during the WrestleMania main event match. As we previously reported she worked through a severely broken hand until the end of the match.

F4WOnline reports that Rousey suffered a broken right hand while throwing punches at her opponents during the WrestleMania main event match. This might have actually caused WWE to change up what they’re doing now.

This “significant” injury could mean that Ronda Rousey has made her final appearance for WWE. It is reported that there were plans for her to be at Raw tonight in Brooklyn, but her injury might have thrown a wrench in that.

We will have to wait and see if Ronda Rousey does show up to Raw. It’s highly unlike that she will get physical with a broken hand. However, if she plans on leaving WWE for an extended hiatus following the show of shows you never know what she might be okay with participating in.