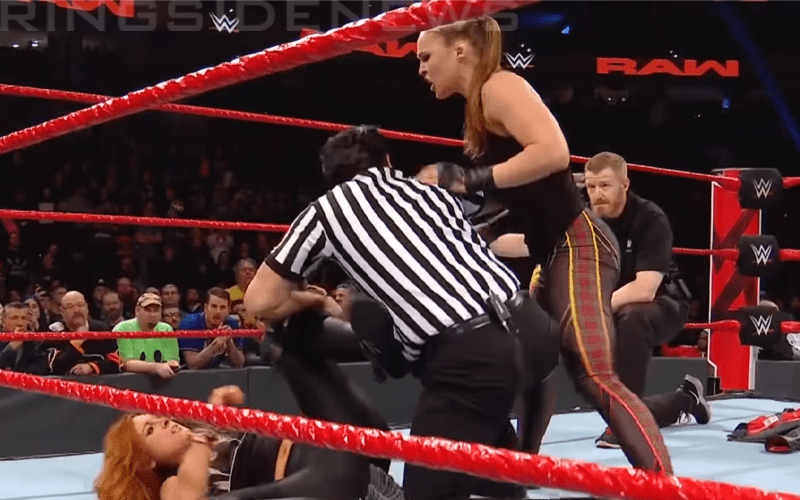 Ronda Rousey turned heel and gave Becky Lynch a very proper beatdown that actually didn’t stop after the show was off the air. The two agreed to make it look real, so Ronda laid in some heavy punches — but she had one rule.

The Wrestling Observer Newsletter noted that Ronda Rousey was told to make her beatdown of Becky Lynch look real, so she did. The Baddest Woman On The Planet was given one rule and that was to stay away from The Man’s face.

“Rousey was told this past week for Rousey to do everything she would in a real fight at real fight intensity, but no punches or kicks to the face.”

Staying away from Becky Lynch’s face is a very good idea. After all, Nia Jax learned a lot after causing a broken nose and concussion to The Man during the go-home RAW before Survivor Series. That is the botched punch that started this entire WrestleMania push for Becky Lynch in a lot of ways, however, an injury at this stage in the game for Lynch could really jeopardize WrestleMania in a big way.