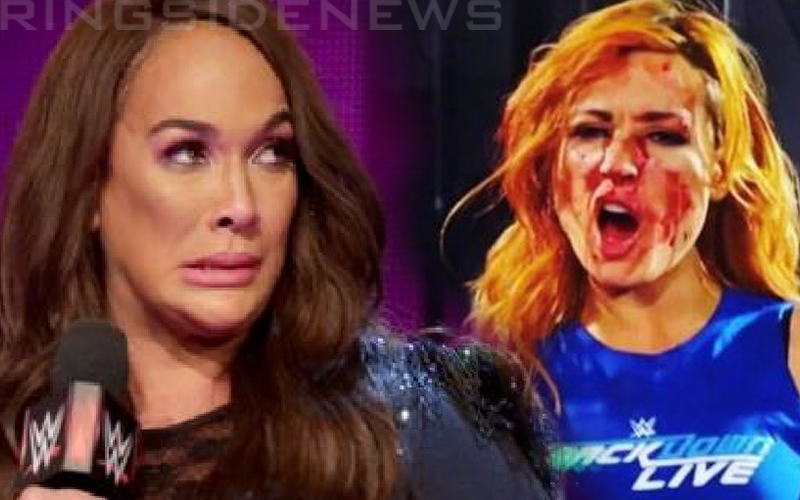 Becky Lynch’s push is thanks to an unfortunate incident in a lot of ways. The Man was set to face Ronda Rousey at Survivor Series, but Nia Jax broke her nose and caused a concussion on the go-home RAW before the big event with one stiff punch.

While speaking to Sporting News, Nia Jax discussed that infamous punch and what she learned from the experience.

“Obviously, we learned that I can’t throw punches. I’m just kidding. From that experience, there’s always an opportunity whether it’s good or bad. If somebody gets hit, that happens in a contact sport. It happens, so you just have to be able to look at the positives and take it and run with it.”

“I just realized that everything is an opportunity no matter what happens. People might freak out like they did on me and that’s OK because now I’m one of the top heels in this company and I’m OK with that. That’s my job, so I take everything as an opportunity.”

It’s not hard to notice that Nia Jax isn’t throwing the strikes like she used to in the ring. She is still doing plenty of power moves which is her bread and butter.

Hopefully, Nia Jax will be able to maintain at a high-performance level while continuing to take care of everyone she works with. If anything, she realized by hurting Becky Lynch that everything is a learning experience.