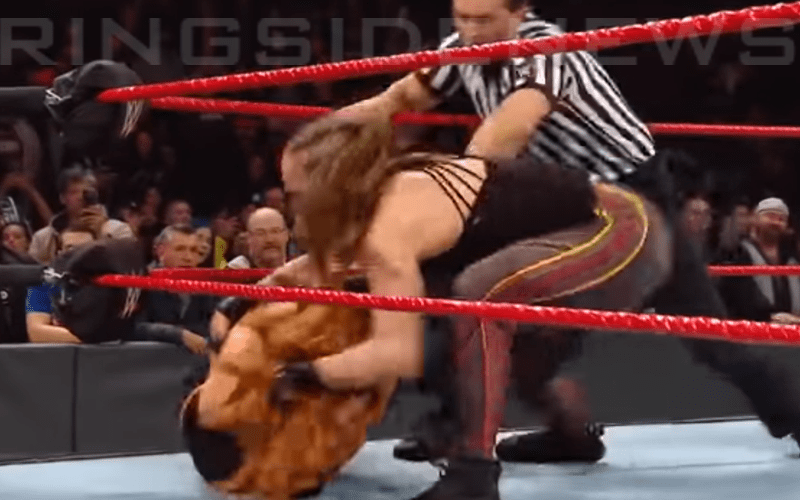 Ronda Rousey capped off RAW this week by turning heel. She got on the microphone and said she didn’t needs WWE before unleashing an assault on Charlotte Flair and Becky Lynch. Flair left the ring, but as The Man sold her injured knee, Ronda took full advantage.

Rousey destroyed Becky Lynch with body blows and armbars as WWE officials tried to separate them. The show went off the air with Rousey standing tall on Becky Lynch’s head before Stephanie McMahon cut a little promo in the Gorilla Position about what could happen at WrestleMania.

After the show went off the air the assault continued in Philly. Becky Lynch took several more shots from Rousey and it looked painful. They also had to bleep out some audio due to Rousey’s language.

This is certainly looking like Ronda Rousey’s heel turn which we previously reported was on the way. The road to WrestleMania just got even more interesting with this little detour.