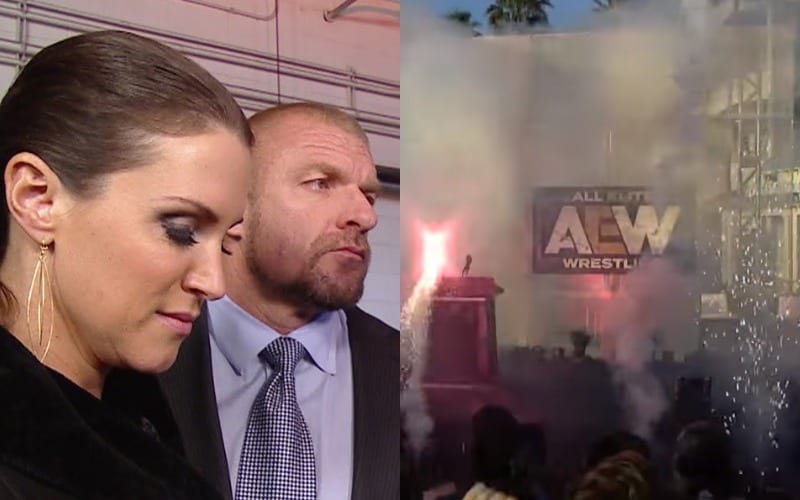 All Elite Wrestling is going to feature some amazing tag team action. This was a promise made by The Young Bucks that the new company will focus on tandem bouts. However, WWE is paying attention to AEW which Triple H confirmed during a recent conference call.

The Wrestling Observer Newsletter says that AEW promising to create a better environment for tag team wrestling is likely going to create a “the grass is greener on the other side” situation for WWE tag teams.

WWE’s recent promise to feature tag team wrestling and also make The Revival the faces of the division seems to point toward them making this decision due to AEW.

We will have to wait and see how much focus WWE really gives their tag team division. Creating a team out of Rey Mysterio and Andrade could give them event team which might become more usual to see in WWE rather than the conventional method of making tag teams out of mid-level performers.