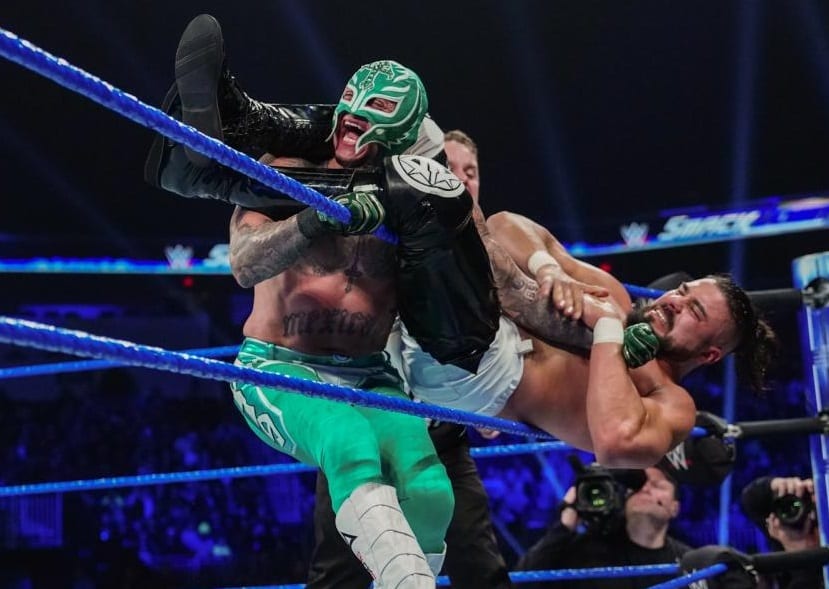 The Wrestling Observer Newsletter reports that although it is not 100% going to happen, the direction appears to be headed toward pairing Rey Mysterio and Andrade in a tag team.

WWE needs to keep Andrade happy because this could open the door for more Latin talents on the roster. Andrade previously advised some of his extremely talented friends that WWE isn’t what it is cracked up to be so it is a very smart idea to keep him happy.

The current mindset is to make Andrade the next big Latin star for the company as well.