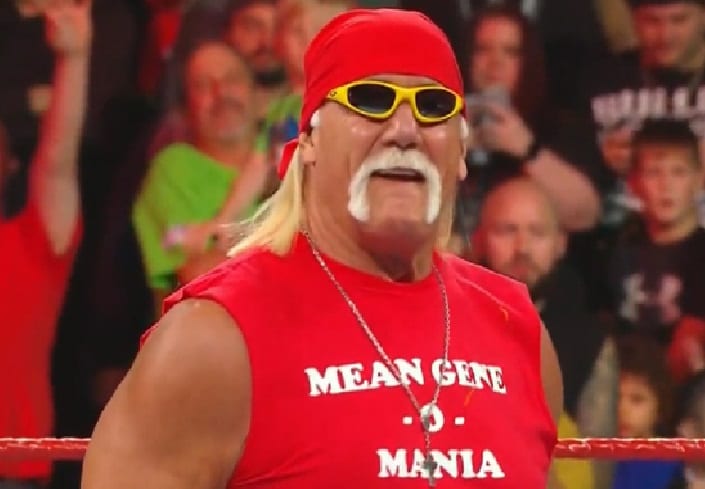 Hulk Hogan made his return to WWE RAW in order to pay tribute to his old friend “Mean” Gene Okerlund. Since Hogan came back to honor Okerlund, not many fans had much to complain about, in fact, most people thought it worked very well.

It was a strategic decision, but not a preferable one. After all, a legend died in order to make that event possible. However, Brad Shepard reports that WWE management was more than satisfied with how it went down. They also have more plans for Hogan and his merchandise down the line.

“I talked to a source in #WWE today about Hulk Hogan: His Gene Okerlund tribute on #RAW was very well received at WWE HQ and they felt by the fans too. His new t-shirt sold well that night at Raw but he hasn’t made much noise in terms of merchandise sales.”

“Part of that is because #WWE has been selective about promoting his stuff. You’ll notice he doesn’t have any fun merchandise – just basic logo stuff. The source notes that could change around WrestleMania season.”

Whether this means that Hulk Hogan should be expected at MetLife Stadium for WrestleMania 35 is another story. We will have to wait and see what WWE’s next steps with Hulk Hogan’s return might be, but they should be careful not to appear over-zealous in bringing back a man who admitted to being “racist to a point.”