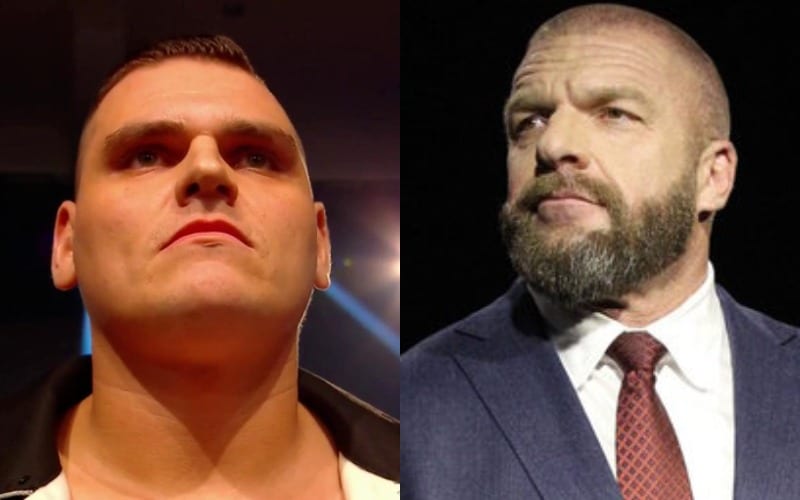 WALTER’s debut during the conclusion of NXT UK TakeOver: Blackpool surprised a lot of fans. We knew he was coming in, but he wasn’t just a face sitting at ringside. WALTER came right out and got in Pete Dunne’s face to make a pretty apparently statement.

Triple H spoke to the UK press following the TakeOver event and Inside The Ropes captured it on video. The Game was asked about WALTER and he was very optimistic about their new United Kingdom signing.

“I think he brings everything that WALTER brings to the table. It’s an interesting thing when you’re signing talent coming in especially if they’re coming off of the indies or having a reputation on the indies. Being on the indies and being here. Being on a world stage is a different thing. Just like going from an NXT brand to a Raw or SmackDown. There’s transitions. Some fit better than others, it’s a different thing.”

“Are my expectations really, really high? Absolutely. He has all the potential in the world to be a big star on a global basis. So I think he brings a lot to the table and I’m really looking forward to getting ahold of him.”

You never know what WALTER could do in WWE. He has size, strength, and an incredible look. Vince McMahon loves big men and WWE has been trying to get WALTER to come in for a long time. Maybe eventually, WALTER could find his way out of NXT UK and on to one of the main roster brands.

Triple H certainly seemed hopeful about WALTER’s potential. Only time will tell whether WALTER becomes one of the biggest stars in NXT UK or the company in general. However, anything can happen when you switch from success on the indies to WWE’s global stage.