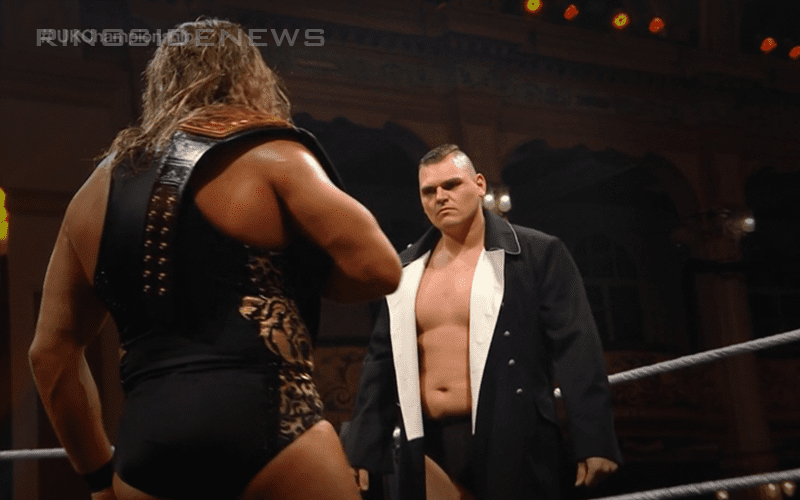 There are a lot of people who WWE has been trying to get and WALTER is someone that has been very high on their list for a very long time. He made his WWE debut at NXT UK TakeOver: Blackpool, but first, there was an amazing match before he made his presence known.

Tyler Bate might have been the first-ever WWE United Kingdom Champion, but it was Pete Dunne who really made the title what it is today. The Bruiserweight carried his championship for 601 days and defended it against all challengers. He had a very worthy opponent at NXT UK TakeOver: Blackpool.

We are doing live results during the entire NXT UK TakeOver: Blackpool event and you can get those here.

Joe Coffey and Pete Dunne took each other to the limit and there were several near-falls. There was even more hard-hitting action and it brought the Blackpool crowd to a fever-pitch.

Coffey took two Bitter Ends from Dunne, but he wisely rolled to the apron after the second one and hit a discus clothesline on Dunne. Then he brought Dunne to the top turnbuckle, but Dunne shoved him off and sent Coffey plummeting to the floor.

Joe Coffey hit another discus clothesline on the floor and a slam in the ring for a two count. Then he climbed up to only to have Pete Dunne climb up with him again and then they both took a topple to the floor.

Dunne countered another discus clothesline and hit a third Bitter End for a near fall. Then Pete Dunne locked Coffey in a submission hold to win and carry on his title even longer after Joe Coffey submitted.

As Dunne celebrated, WALTER’s music hit and he came out as the Blackpool crowd chanted for him. WALTER took out Joe Coffey with a boot to the face and then stood up straight in front of Pete Dunne. Dunne posed back at WALTER and they had a very intense stare-down.

This could be the start of something very interesting as the NXT UK roster might finally have someone who can not only take The Bruiserweight to the limit, but he might actually be able to defeat him as well.