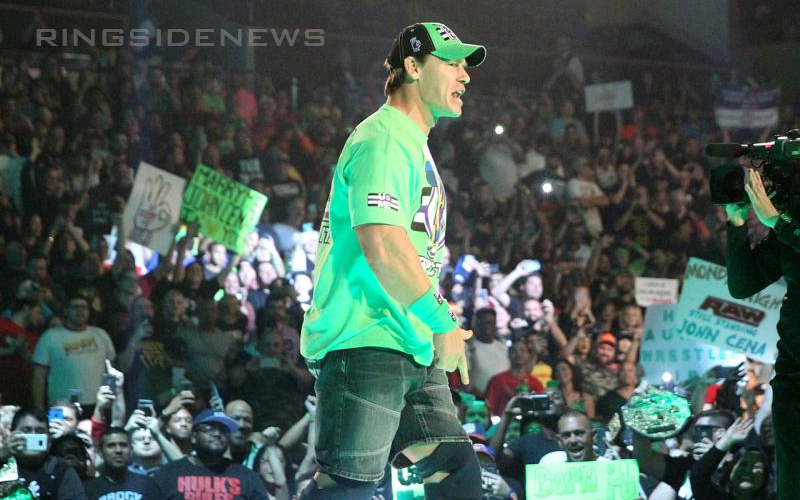 John Cena is not only a WWE Superstar and a star of Bumblebee, but he is so much more. As the years go on he will play many different roles, but he might not be playing a WWE Superstar as often as he once did.

Joe Peisich reported on Barnburner’s No Holds Barred podcast that John Cena’s current deal with WWE and his Hollywood obligations might require the 16x World Champion to work an extremely light schedule from this point on.

“John Cena is going to be like The Undertaker. He’s going to show up on major, major events and that’s it after the Royal Rumble. He may show up at WrestleMania, but John Cena don’t forget he’s 42-years-old now and his days are past.”

You never know when we’ll see Cena leave WWE for an even longer absence. He’s been hard at work recently on a Jackie Chan movie as he lived in China for the last six months and he has even more projects on the way. Therefore, he really might be impossible to see soon enough.