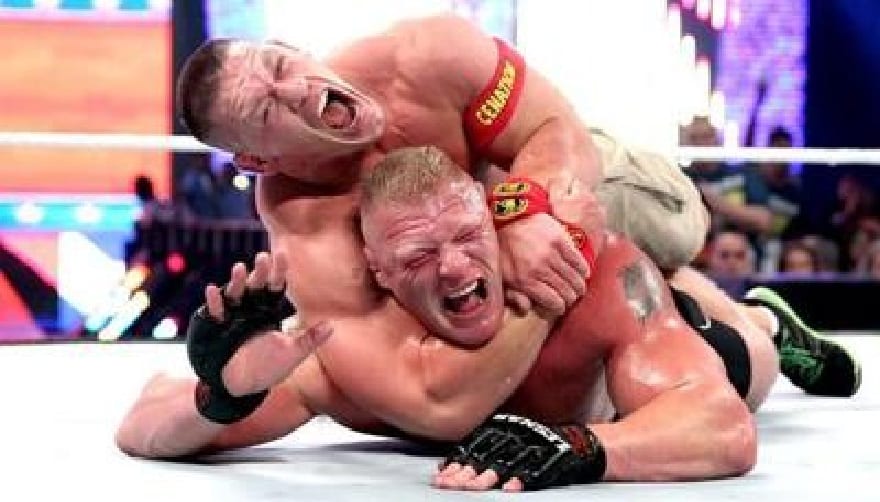 John Cena has battled with the greatest and dropped plenty of Attitude Adjustments along the way. Through the years he’s entertained millions as he battled some fierce opponents, however some might be bigger than others.

As Cena’s in-ring career seemingly wraps up due to Hollywood, we can now look back at his entire career as a whole. This one might be a matter of opinion, but WWE thought they would take a stab at listing the top five rivalries that Big Match John has ever been in.

According to WWE, John Cena’s greatest rials are (in this order): The Rock, Batista, Brock Lesnar, Edge, and the #1 spot goes to Randy Orton.

Cena has been through many wars in his career and wrestled a lot of people. It’s hard to narrow it down to just five, but that list looks pretty legit. If anything, Orton certainly deserves the #1 spot because of all the times the two have wrestled.