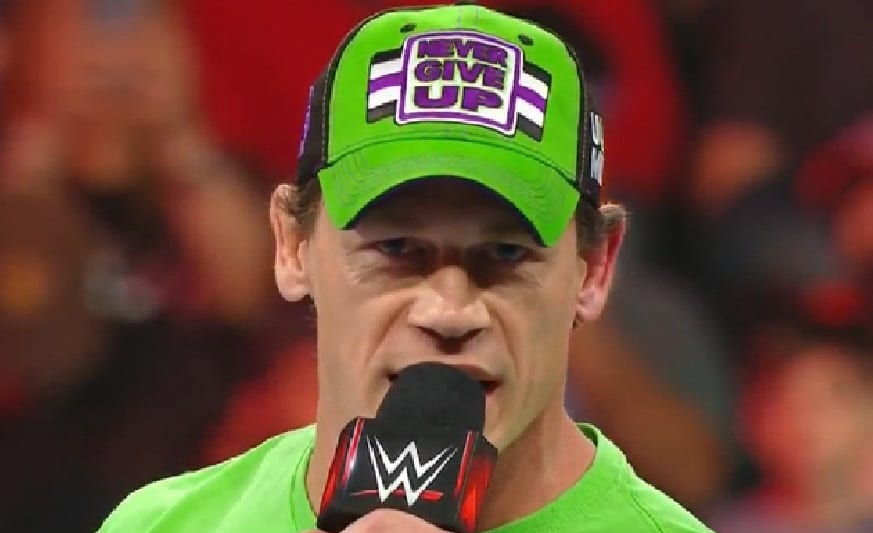 WWE has a big pay-per-view coming up on January 27th, and it looks like one of the biggest stars in WWE History is going to be added to the mix.

RAW opened this week with a pull apart. Bobby Lashley and Seth Rollins were just brawling in the back. Plenty of people including Zack Ryder wearing a suit tried to break them up. Then Cena came out.

This is good news for Cena fans, but since he starts a new film on January 27th, it’s nice to know that they’re giving him the time to work. We’ll just see how WWE and Cena carry on from here.