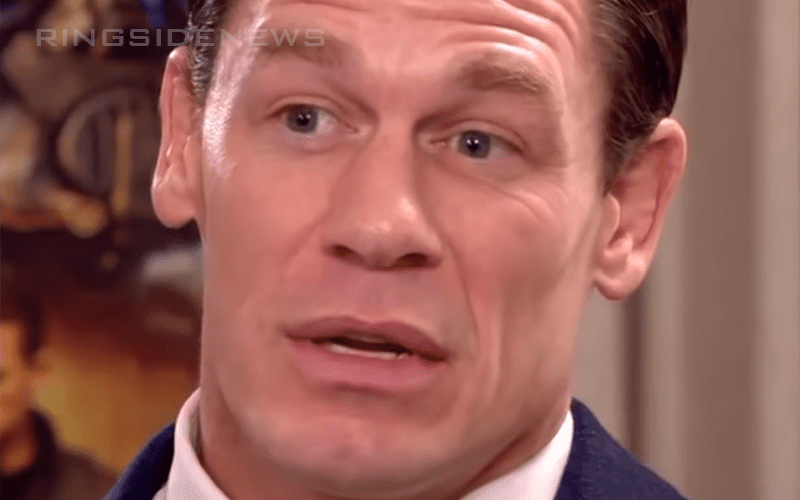 John Cena’s Hollywood career has really taken off in the last couple of years. After dipping his toe into acting, the roles just kept coming for John and now it has seemed to change his path in WWE.

John Cena recently sat down with ESPN where he discussed a promise he made to himself about when he will leave the pro wrestling business. He said when he can’t keep up with the life, then it will be time to walk away. At this stage in his career, Cena has found an entirely different passion to pursue. This new slew of Hollywood commitments doesn’t allow for him to wrestle either which is a problem for his WWE career.

“I don’t wanna take a ticket buyers money and have them sit down and be like, ‘Eh, he’s just hanging on’. I don’t ever want that feeling. So, I don’t think that correlates with what I’m doing now. The biggest difficulty is trying to juggle stuff because I have learned, and I’m trying to fight this system but I’m losing, once you’re in production for a movie, they don’t allow you to wrestle. Because I can’t go to a WWE taping and have my nose put over here.”

John Cena went on to explain how many people there are involved in a film’s production. If something goes wrong in the ring, then those people are out of work. Therefore, a lot more relies on Cena’s ability to perform in the ring other than just himself at this stage in his career. He had to make a decision to do what was best for another type of business.

“Not only doesn’t it look good, it’s, ‘Man, you don’t look right.’ So they shut the whole movie down, (there are) 150 people that are expecting a paycheck for that movie and I just screwed them out of their wage. It ups the budget of the movie, so I just put the movie behind the eight ball of possibly being a financial success.”

“As much as I want to do everything, you can’t and this is a giant misunderstanding that I had about what Dwayne was doing, about what The Rock was doing. Because he does movie after movie, after movie, after movie, and I know the feeling of wanting to go back. And I’m going back as soon as I can, but I can’t go back until I’m done with this. So, I totally get it. And I kinda called him out for it and that was me being an ass, and I was totally wrong, and ignorant, and young, and stupid, and I’ve told him I’m sorry but I think that’s something our fans don’t understand.”

It seems like John Cena is having the same issues with WWE as The Rock as dealt with for years. The Rock suffered a torn pec in his match against Cena at WrestleMania and it greatly affected the production of Hercules. This isn’t a chance movie studios are willing to take again by allowing their actors to work for WWE.

Now that Cena has Bumblebee and Project X out of the way, he can work some live events for WWE. He doesn’t seem to be involved in a storyline on television which could be a sign that he only has more projects on the way.