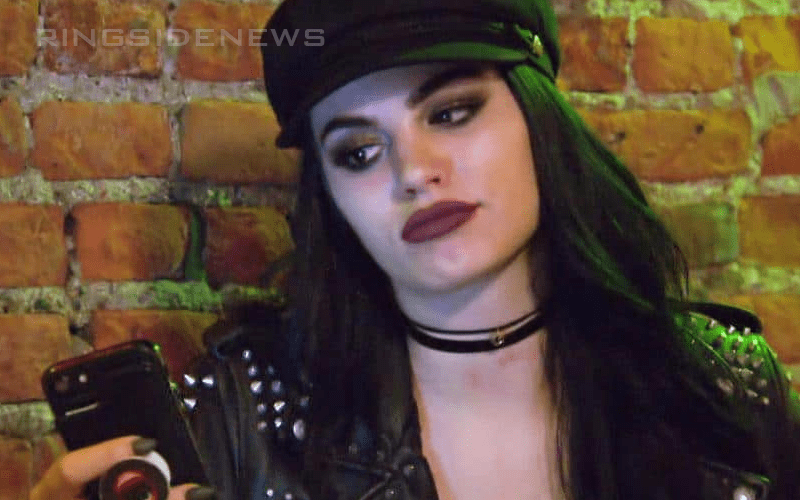 Paige is kind of a bad girl at heart and always looking for a bad boy it seems. She had a pretty public relationship with Alberto El Patron, but that didn’t end well. In fact, Patron is still taking shots at Paige and her family when he wants to.

The first-ever NXT Women’s Champion was dating rocker and Attila bassist Kalan Blehm. However, those two have not been seen together in quite some time.

Now it appears that Paige is in a relationship with a new rockstar. Paige is now dating Ronnie Radke who is famous from many ventures including the bands Falling In Reverse and Escape The Fate.

The two were at the recent UFC event where Paige had some controversy with a fan. Ronnie was very pumped to see Jon Jones though.

Congratulations to the happy couple. We’re rooting for you.