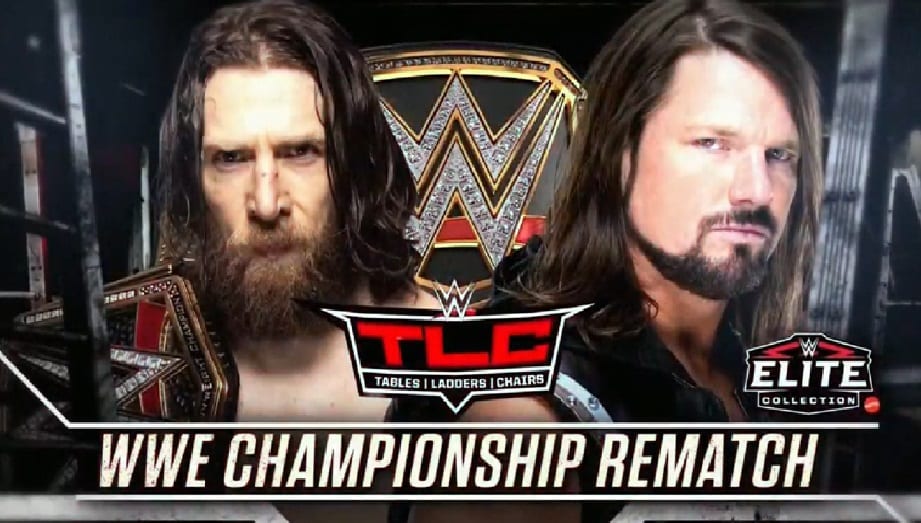 Daniel Bryan won the WWE Championship out of the blue right before WWE’s Survivor Series event which took AJ Styles out of the match against Brock Lesnar and placed Daniel Bryan into a dream match with the Beast Incarnate. Bryan also turned heel in the process and left all of his fans behind to sit in a sea of blame.

Now AJ Styles has a chance to regain the WWE Championship at WWE TLC against The New Daniel Bryan.

“Daniel Bryan has to retain, it’s too early for AJ to win it to me,” Dave Meltzer noted on Wrestling Observer Radio. This seems to coincide with similar opinions on The New Daniel Bryan’s reign as WWE Champion.

Mike Johnson previously noted on PW Insider Elite audio how repackaging a new heel Daniel Bryan character seems like it wasn’t done just for a short title reign. Therefore, it’s likely he could be holding the title even longer with those new side plates that have nothing to do with the Yes Movement.

Daniel Bryan likely gave up a lot of merchandise money when he took on this new heel character and declared his babyface persona as dead. At least he’s having a lot of fun calling kids stupid for spending their birthday at a pro wrestling event.

if you use the quotes in this article credit Ringside NewI