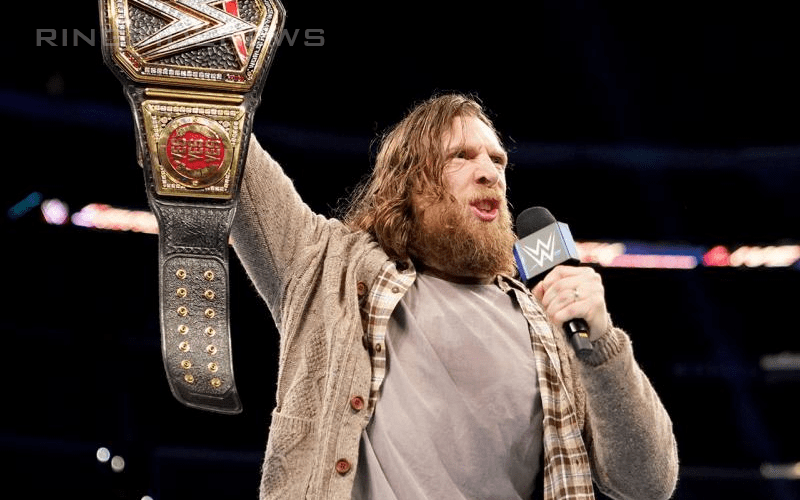 Daniel Bryan became WWE Champion once again before Survivor Series and took AJ Styles’ spot against Brock Lesnar. Some considered Brock vs Bryan the match of the night at Survivor Series, or at least in the top three along with Ronda Rousey vs Charlotte Flair and Buddy Murphy vs Mustafa Ali.

AJ Styles will have a chance to get the title back at TLC, but he might not be factored in a big way by WWE going forward. Mike Johnson speculated that Bryan’s reign as WWE Champion might not be a short-lived thing at all as he spoke about the matter on PW Insider Elite audio.

“I think the Daniel Bryan direction of The New Daniel Bryan as we saw last night on SmackDown that doesn’t ring to me as being a transitional champion. That sounds like to me like they have plans for him going forward in this new role and we’ll see where it goes.”

“I don’t think Byran will be a transitional champion and I don’t think they’ll have to worry about fans cheering him because he was able to very effectively turn the crowd against him last night in Los Angeles.”

Things could be getting very exciting for fans of Daniel Bryan or fans of heels, but it will be even better for those who love both of those. Bryan definitely had a different look to him and attitude. But, with this New Daniel Bryan name change, it will be very interesting to see how long they will keep it up and whether or not they end up merchandising it on action figures, apparel, etc because that could be the real test ot see whether they plan on really letting Bryan sink his teeth into this newer role.