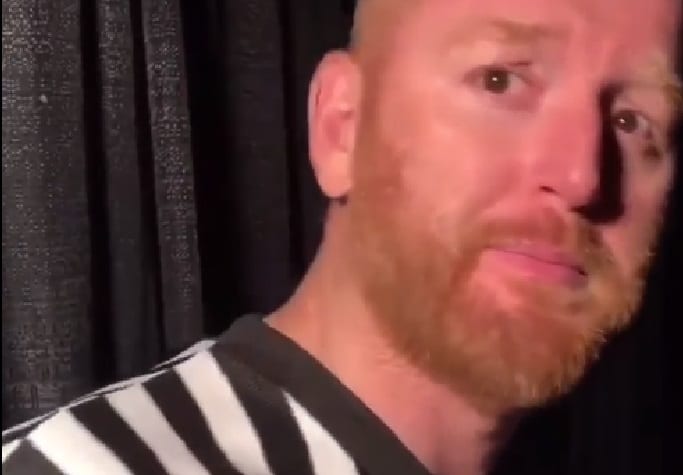 Heath Slater was given a referee t-shirt by Baron Corbin a couple of weeks ago on RAW. Slater was already heartbroken because he had to help decide that Rhyno would be fired. Needless to say, he wasn’t expecting to go from being a WWE Superstar to an official.

Slater was a referee at the WWE live event in Nashville the other night and he did the same in Bakersfield last night. He didn’t seem very happy about it either.

When a WWE camera caught up with Slater, he said: “Man, it’s the Holidays, I got a family. I got kids, you know? Gotta do what you gotta do, man.”

It seems like he’s still using the fact that he’s got kids as his gimmick. In the meantime, he might not be too happy about it. Hopefully, this is leading to something.