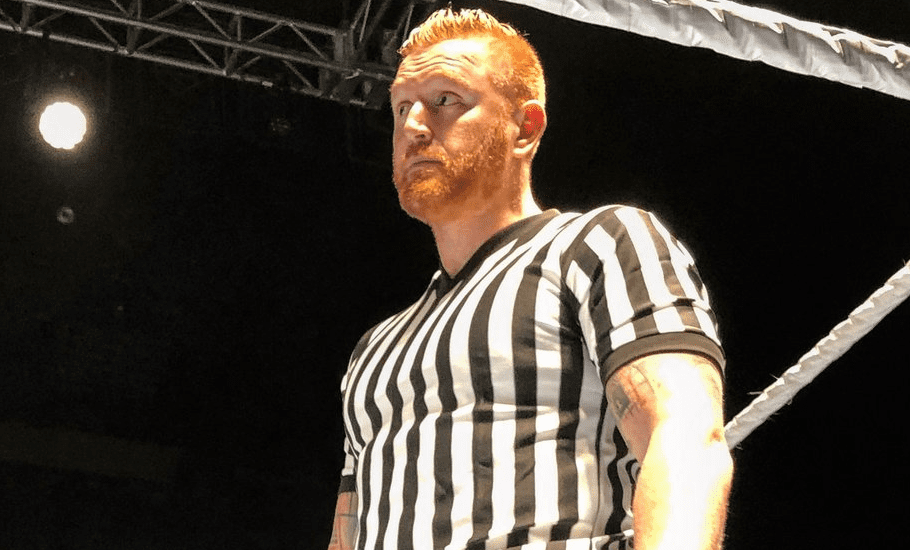 Heath Slater was part of 3MB and before that he was the One Man Band. He’s also JBL’s nephew and he’s got kids so he needs this job with WWE and he’s had one for over twelve years at this stage in the game. Now he’s a referee.

Slater was given a referee’s shirt on RAW by Baron Corbin and told that his job was now to officiate after Rhyno was fired from RAW. On that note, it doesn’t seem like Rhyno is done either.

Things could be going somewhere in this story as Slater appears to be a reluctant heel referee. If WWE has some greater plan for this storyline, let’s hope they make it something good and they let it play out as planned.

In the meantime, Slater worked the WWE Live event in Nashville as a referee. Because he’s got kids.

He may not be happy about it but it’s the holidays and he’s got kids! @HeathSlaterOMRB is here to work #WWENashville! pic.twitter.com/iwjHl1wJgJ