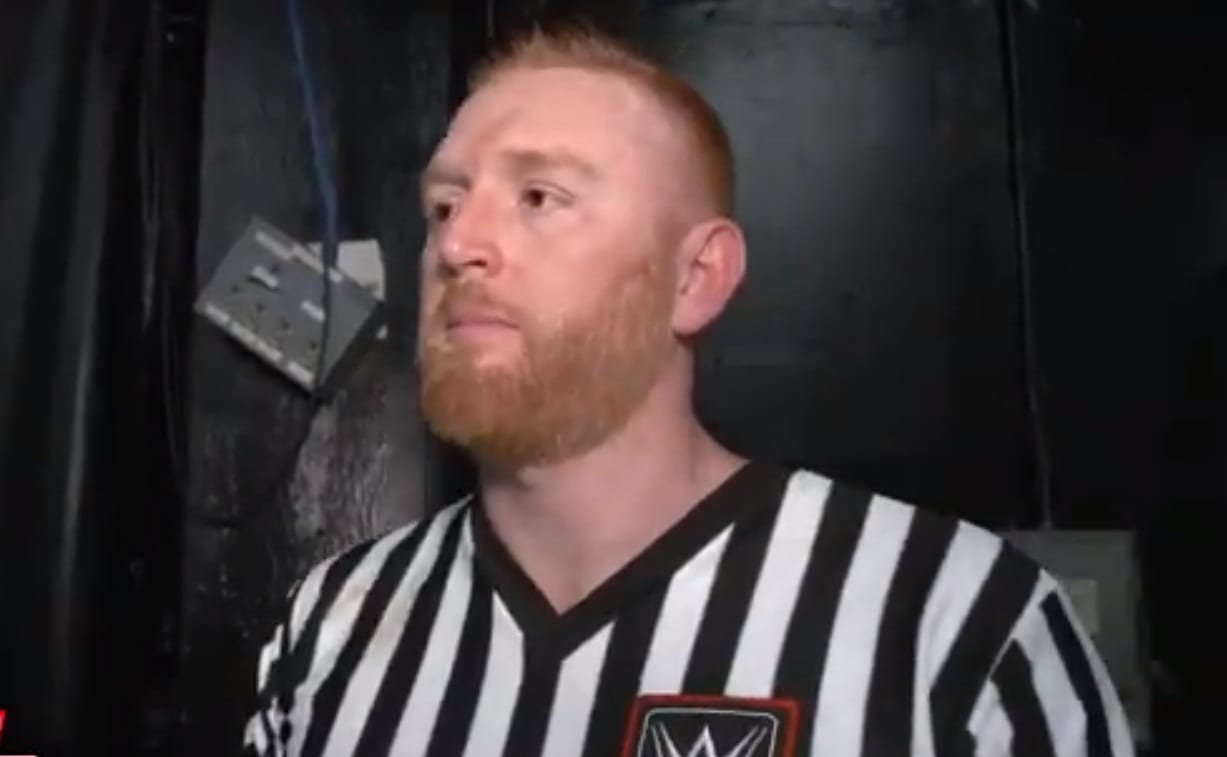 Heath Slater apparently turned heel to close out WWE RAW this week. It’s the first time in a long time since the WWE Universe saw a heel referee. Now Heath Slater seems to be filling that role.

Baron Corbin’s goal was to capture the Intercontinental Title from Seth Rollins with underhanded tactics. Of course, Rollins would ruin Baron’s plans, but a surprise from Slater was still in the cards.

When asked what Baron Corbin requested him to do exactly, Heath Slater just walked away. It looks like he’s not talking, but he still doesn’t feel good about what he did. He’s got kids, though.

EXCLUSIVE: @HeathSlaterOMRB comments on his first night in a difficult position as a referee on #Raw… pic.twitter.com/fixhY5MvtM