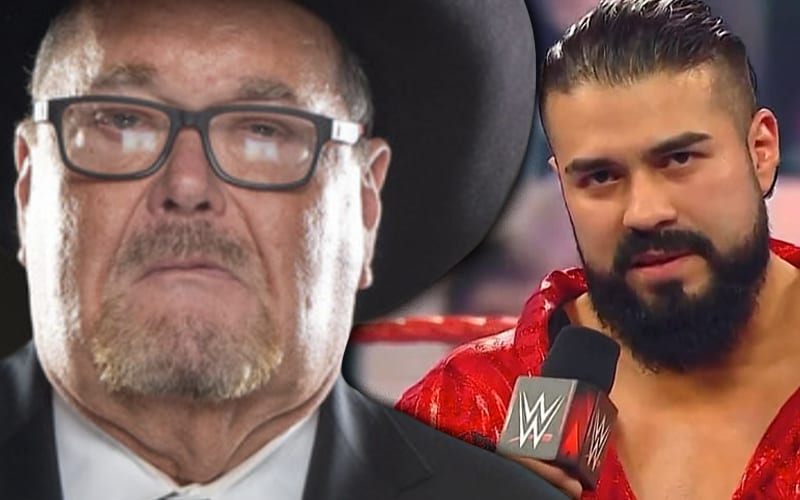 Andrade was released from WWE, but it was at his request. The fact that he asked to be let go is a big sign that he knows he could be wrestling elsewhere, and he plans on making that happen.

During Grilling JR, Jim Ross spoke about Andrade. He echoed a popular sentiment that Andrade already knows he will wrestle again and he has a pretty good idea where it will be. It is still surprising to see anyone ask to be unemployed during a pandemic.

I am surprised during this COVID climate that people are asking for their release. You damn sure don’t want to ask for a release unless you’ve got somewhere to go where you can establish some stability and financial security. I don’t know if he has that or doesn’t have that. I’m not as familiar with his work, Andrade, as a lot of guys are because I don’t watch as much WWE TV as people would expect. I have different viewing habits now. I’m not going to watch a three-hour RAW.”

“So, a little surprised. Unless you’ve thought it out and you’ve got a good long-range plan in place, it’s probably not the smartest thing to do. If it’s an act of defiance or an act of anger or disappointment, that’s probably not the right reason to ask for a release, especially if he doesn’t have somewhere to go.

The fact that El Idolo didn’t have a 90-day non-compete clause is also very interesting. He can pop up at the next pro wrestling show he wants to, even if it’s televised. We’ll have to see if Tony Khan picks up the phone to gauge the former NXT Champion’s interest. If anything, Andrade is certain to wrestle again in Mexico, but those shows aren’t running like they used to pre-pandemic.