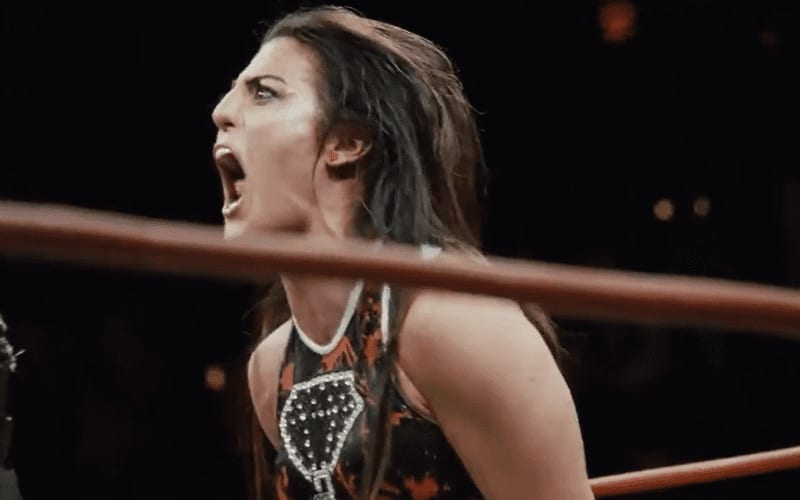 Tessa Blanchard was called out in a big way one day prior to her winning the Impact Wrestling World Title. This snowballed into a flood of allegations, but La Rosa Negra’s story is by far the worst.

During a trip in Japan, Tessa Blanchard called La Rosa Negra the N-Word before spitting on her. This was something that Negra later said she didn’t ask for an apology for; because Blanchard already denied the story.

While speaking to Fightful Select, La Rosa Negra opened up about the incident. She also revealed new information about what happened, like she punched Blanchard in the nose for the insult.

“Look, listen well. This will be one of the last times I speak on the subject. The people ask if what happened between Tessa and I was real. It was real. This wasn’t a pro wrestling angle, not for a company. We had problems and for the small mental capacity that woman has, it made me grow and made me recover and be stronger than ever. Let me tell you, what happened in Japan, people ask me, ‘Why didn’t you do anything?’”

“Look, I’m not dramatic. People love gossip. I don’t give a crap about gossip, but people do. When she spit in my face, unfortunately, I did what I had to do and that was to land one on her snout for having disrespected me and insult me the way she did and the way she did all of that. Things happened very quickly as well as other things. For that to come out in the public light, I think it was last year?”

Tessa Blanchard was released from Impact Wrestling after she didn’t show up for months due to the pandemic. She is now a newlywed free agent, but her pro wrestling career is far from over. Hopefully, she has learned something from this experience and her former alleged bullying ways have come to an end.