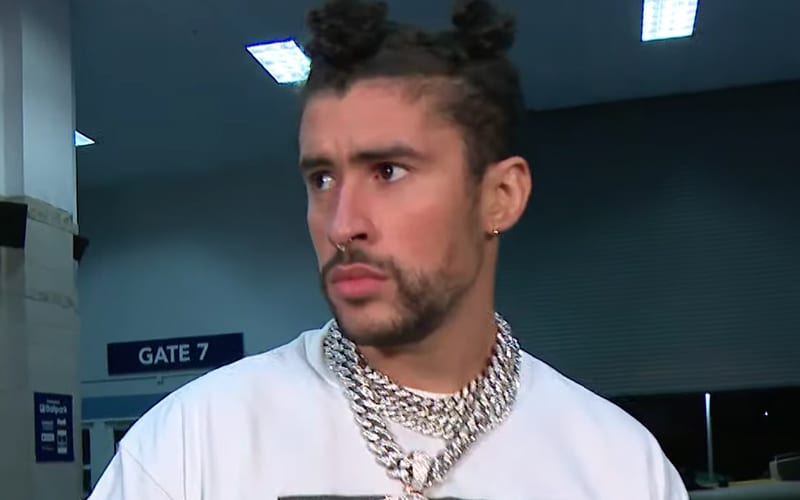 Bad Bunny entered the WWE Universe at the 2021 Royal Rumble, and he’s sticking around. The famous rapper has also brought a lot of attention and merchandise sales to the company.

There is a report going around saying that Bad Bunny has heat with some WWE Superstars. It is said that they are sore with him for taking a WrestleMania spot. This is not the case at all.

Ringside News asked around about this story and we have heard nothing back that confirms it in any way. In fact, Triple H helped out a lot with this report during his recent conference to promote NXT TakeOver: Vengeance Day.

Triple H was asked about Pat McAfee and not Bad Bunny. That didn’t stop Triple H from bringing up Bad Bunny without being provoked to explain just how much respect he has for the pro wrestling business.

“I see him training all the time. I see him working out all the time. When he’s there, he’s just one of the guys and it’s just awesome to see. I just can’t say enough good stuff about him.”

Bad Bunny will stick around WWE until WrestleMania. He is living out his dream and loving every second of it. We have heard nothing but positive things about how he is to work with backstage as well.

There is no jealousy or animosity within the WWE roster concerning Bad Bunny. That isn’t always the case with special attraction guests, just ask Rob Gronkowski.