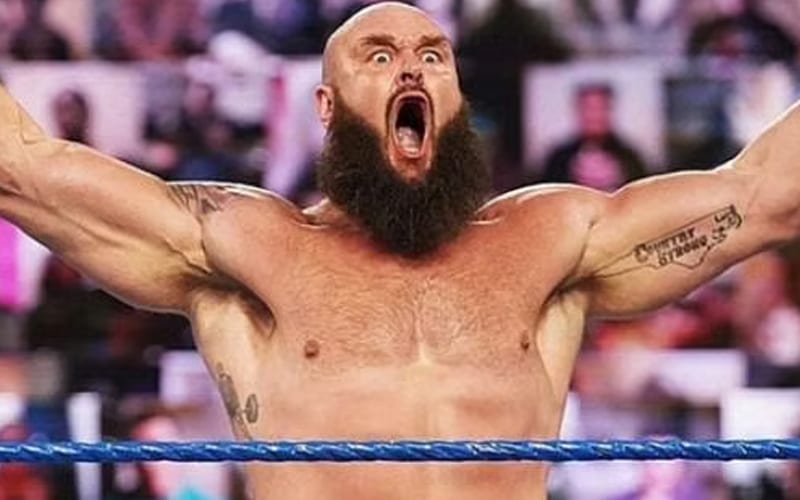 Braun Strowman returned to WWE television just before the Royal Rumble match. Then he disappeared again. There is a reason why he vanished.

The Monster Among Men revealed on an Instagram story that he is suffering from an infection that got into his bloodstream. This also caused him to drop a bunch of weight in a rapid period of time. He seems to be doing better, but there was a bad period of time that he had to get through.

“So, a little update. I’ve been gone for a bit. I’ve been really sick over the weekend. I got really sick. I got an infection that got into my blood system and I had to be put on antibiotics for that. It was awful. I’ve dropped like 15 pounds in 5 days. I couldn’t eat and all that. It looks like there’s 50 pounds of water weight on my joints, they’re all swollen and inflamed. The antibiotics are working and I’m getting better. Gonna get back to training and get that mask back on and I’ll be seeing you very soon.”

Hopefully, Braun Strowman can get back to action soon. The road to WrestleMania is no time to sit on the sidelines. Then again, Strowman wasn’t even booked for WrestleMania last year, but he ended up beating Goldberg for the Universal Title when Roman Reigns couldn’t work the event.