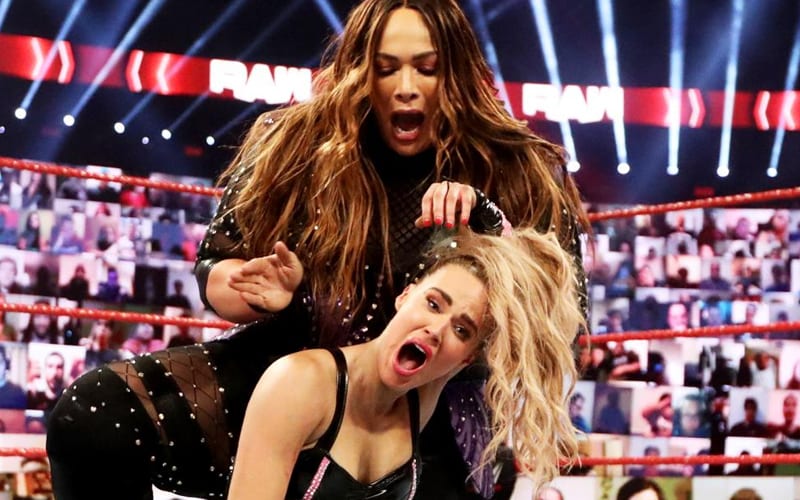 Lana defeated Nia Jax on Raw this week. The Irresistible Force was the butt of so many jokes and the subject of tons of memes because she screamed: “MY HOLE.” That butt bump on the hardest part of the ring really sent shockwaves through the pro wrestling word.

Jax is tired of being the butt of the joke now. She had her fun, but now she’s getting serious once again. The Rock’s cousin fired off a tweet at The Ravishing Russian where she accused Lana of almost hurting her.

After saying that Lana should go back to training, Nia Jax expressed outrage. Then she slipped in another joke about her backside while she was at it.

Listen. Don’t make me the butt of your jokes @LanaWWE. You’re so dangerous, I could have really been hurt! You need to go back to training. I am outraged and this won’t slip through the cracks.

WWE will often write tweets for Superstars to send out in order to progress the storyline. We are unclear if this is an original Nia Jax tweet or if it was fed to her, but that kind of thing happens all the time.

Nia Jax is obviously not done riding the wave of engagement that her hole comment created for her yesterday.